Occasionally life thrusts boldness upon a man. Something stirs in the loins and a great courage overtakes the timidity and prevarication with which one generally staggers through existence.

In a haze of bravery I have quit my job. A man has arrived who is about to make a righteous bollocks of everything I have done for the last 18 months and, despite my occupational future looking as empty as a Chinese railroad worker’s bladder, I have querulously thrown down my tools and walked away, by which I mean quietly packed away my laptop and mouse into the locker for tomorrow because I’m hardly going to turn down another week’s money for doing nowt am I?

Tonight I must venture to Brixton, and dizzy from daring I’ve decided to walk it. This is not, rumour be damned, my first pedestrian venture into the grim southern depths of our north-centric city. It is certainly the first I’ve sufficiently recovered from to commit to word. Barbarians await. 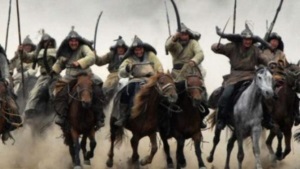 Barging through bellends touristically congregating by the Palace of Westminster, I stride across Westminster Bridge, where a van recently ploughed through pedestrians much as I am now. I have the southern climes to steel myself against and my expression likely betrays as much. Or I just look like an inconsiderate post-work prat, it’s hard to say.

Before I can begin my trundle down the southern embankment I have St. Thomas’ Hospital to negotiate. Going around it seems unnecessary – there must be a path beside the river. There is, but I’m not on it. Instead I’m heading deeper into hospital grounds, stared at confusedly by smoking nurses, men delivering boxes of syringes and an elderly person of indeterminate gender in a gown wheeling a drip about. I consider dropping the roughly eight foot to the pedestrian walkway I had intended to take advantage of. On the one hand I’m due to turn 40 the week after next. On the other, it’s not a great trek to the nearest A&E. I weigh against, and mercifully a tradesman’s exit plops me out onto Lambeth Palace Road.

It’s often said by anyone with an ounce of sense about them that the best thing about south London is you can see the north from there. Such is my view as I head past Lambeth Bridge and on down the Albert Embankment. I recognise a building I was forced to perform like a bebeachballed seal in less than 18 months ago, at a ‘presentation’ for the job I’m about to depart. Little fills me with dread like speaking on a topic I have no interest in to a room of people who would rather be anywhere else. In this instance they were real-life arms dealers, law abiding ones, with their own moral codes and everything. I made a singular balls of my allotted four minutes. That south London has immediately chosen to remind me of this dark day bodes ill.

I narrowly avoid getting killed running across a road by Vauxhall bus station and realise it’s high time for the calming authority of a little moonshine. As I approach the unspectacular Vauxhall Griffin, four gallant gentleman from a nearby building site are helping a buxom young blonde lady on Wyvil Road with some issue with her car. Their valourous efforts evidently know no bounds given they’re still circling her like wagons when I emerge one cider later.

That said, this is a pleasant enough area and on I roam down Hartington Road, beset on all sides by the screeches of parakeets. These green fiends are taking over our city, replacing pigeons as chief scourge of London’s windscreens. It’s splendid and I’m pleased that Lambeth has plenty of these ear-splitting monsters to send in battalions across Surrey, Kent and all those places south of here where they hate public transport, Europe and people like me.

It’s the height of criminality to come up with your own nickname, and it’s with one eyebrow raised I enter ‘The Cav’. The barman of the Cavendish Arms looks surprised to see a punter at six of a Tuesday evening. I sit outside in what would be a pleasant, quiet neighbourhood were it not for the constant presence of a helicopter overhead. South London, I think. Crooks about.

And then I stop myself. Up to this point I’ve had no reason to dislike or fear a thing on this ramble. It’s a nice area, with trees and parrots. This pub’s plastered with the type of overexcited advertising that suggests it’s really trying to be a hub for the community. More than once I’ve been kept awake in my north London flat by police choppers circling all night long as they hunt for the type of people who make Hornsey, Harlseden and Haggerston their base of operations.

Perhaps it’s time to admit that south London is not the hell hole it is often portrayed as both in my mind and from my mouth, vociferously, whenever anyone suggests going there. 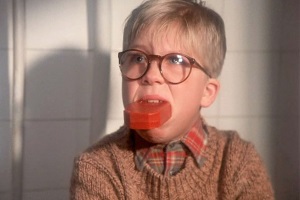 Not 50 seconds further equatorwards and I’m beckoned in by the Priory Arms. Well I do have a terrible thirst on. It is made entirely of beer mats, every wall covered with a startling array of ales, porters and stouts in a way only a British pub could get away with. I love it of course. It begins to dawn on me, living in the hostelry hell that is Finchley Church End, that south London has better pubs than we do. Possibly the most diquieting thought of my life to date. The final beer mat I spy before I mosey is for the sublimely named but tragically never-tasted Dark Star Coconut Porter, forever to be known as the one that got away.

It’s too soon for the Duke of Cambridge, which may be why his litter is expanding at such an alarming rate, and nobody needs to contemplate what a Venezuelan restaurant is doing there. I strike right down Binfield Road. I grew up in a village called Binfield that’s probably a town by now. Dreams of grandma-made birthday cake; the bright hours before dusk’s existential dread. Had two cats, Holly and Ivy. Deader than Dad.

I scamper across the junction by Stockwell tube like a man who’s forgotten both the madness of cyclists and his own sciatica. I have walked along Stockwell Road many times before, but never during daylight, in this direction, without fear of roaming south London pushbike gangs that we all know exist, and without a kebab. It feels wrong.

A glimpse down Combermere Road hints at another pub and I approach with the nervousness of a man who recently read an appalling article titled ‘IN PICTURES: Do you remember these 120 lost pubs of north London?’ But the Marquis of Lorne is still with us and offers a friendly pint I’m ready to describe as undramatic until I spy a katana on the wall. I’d say that’s for the 10th person that day to fall foul of the place’s wonderful ‘no cards, cash only’ sign, but if this place sees 10 punters a day I’m the Marquis’s long-lost and I hearby claim my free pint. 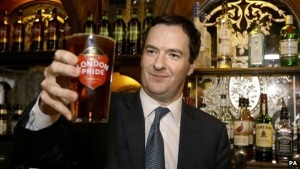 I successfully block out the siren calls of the Queens Head as I predict a queue at my destination, and hundreds of disgruntled rock fans don’t disappoint. Eventually in the ‘O2 Academy Brixton’, which didn’t used to be called that I’d wager, London reveals her latest invention to me – the two-pint cup. Oh-my-God-yes-what-a-marvel. And yet I find I have to sink the first half of it instantly, fearful of every nudge like the childless family friend handed a newborn baby and seeing nothing but headlines and recrimination.

And a footnote. For the first time I get to see one of my favourite bands of the last two decades. They play a crowd-pleasing set, and they’re clearly loving being one of the world’s biggest bands at the top of their game. I head back north elated. Sixteen days later the singer will hang himself.

Perhaps I’m denying myself too much of life. Perhaps south London is worth exploring after all. You can still see the north from here. But it dazzles a little less.

The soundtrack to this walk was The Home Inside My Head by Real Friends.