The thought of visiting a city at the height of a football tournament being held there doesn’t exactly fill me with thoughts of peaceful relaxation and carefree exploration. Football fans are fine on the whole, but they do drink too much, shout and curse a lot and generally make a nuisance of themselves. I should know, I am one.

It turns out, however, that a city can be given a particularly unique and appealing flavour during the build-up to such a tournament – in this case, World Cup 2010 in South Africa. In May 2010, Cape Town was abuzz with anticipation, with last-minute preparations and the inevitable over-running construction work mixed with colourful banners and decorations everywhere. The hope that the host nation’s players could do the country proud could be felt across the city.

Our accommodation summed things up – a small hotel named something like ‘World Cup Hotel’, one of many that had opened up in the wake of the decision to hold the tournament in the country. This particular area of town could be forgiven for focusing on the beautiful game given the gigantic new Cape Town Stadium sat a few hundred yards away and dominating every view. Even before it opened the stadium was hugely impressive, a truly excellent monument to South African architecture and construction. 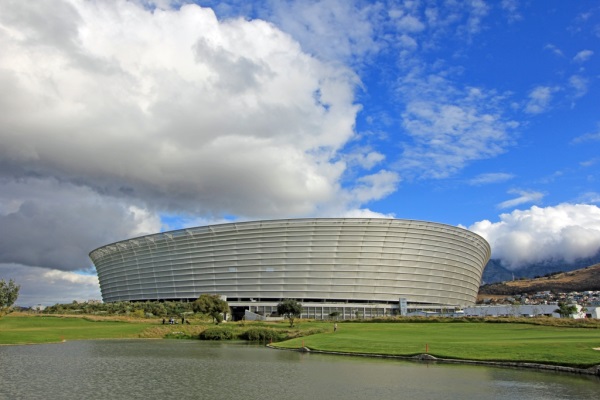 It’s quite difficult to judge Cape Town’s reputation as a place to avoid complacency, given that in most cities of this size it’s unwise to aimlessly wander the streets at night, so you mostly don’t. Suffice to say during the day at no point did we feel unsafe anywhere – clearly we stuck mostly to areas known for tourism, but we wandered extensively around the centre and its outskirts without as much as a glance cast our way. You would be foolish to let scary tales of places like Johannesburg put you off a city like Cape Town.

The safest place of all is of course the Victoria & Alfred Waterfront, which has a well-earned reputation for good food and comfortable surroundings. It doesn’t feel much like the real South Africa, but this country needs tourist dollars as much as the next so you find yourself willing to let dubious authenticity slide as you peer out over the excellent harbour.

A hop-on hop-off bus is a particularly useful tool in a city where you’re unsure of where you don’t belong (for comparison, my previous such bus had been in Belfast). The Cape Town bus includes a visit to District Six, an area of the city the Apartheid government declared whites-only before starting forced removals of non-whites in 1968. The end of that regime thankfully saw a reversal of the policy, but its prime spot in the centre of Cape Town has seen racism replaced by materialism to some degree, and who actually gets to live there is under constant debate. Not even the ANC is immune to the greed that capitalism inevitably cultivates.

Should you not be wealthy enough to live in District Six or any of the other built-up areas of the city, there are always the townships. Just the name has horrible connotations, of poverty and dreadful living conditions. Tours are offered of a township close to the city; it’s a difficult decision to make. On the one hand it felt like a tour of a township would be terrible voyeurism, pointing and covering one’s mouth at the horror therein. On the other hand the residents do receive money for the tours. We decided against, and I still don’t know if it was the right decision.

Another stop on the bus was the cable car to the top of Table Mountain, which looms gloriously over Cape Town like an ancient god. The cable car itself offers superb sights on the way up but these are dust compared to the panoramic views from atop the mountain. You can lose yourself on Table Mountain, staring in wonder at the landscape without fully understanding what makes it so incredible. Perhaps just being on this most iconic of heights is enough. 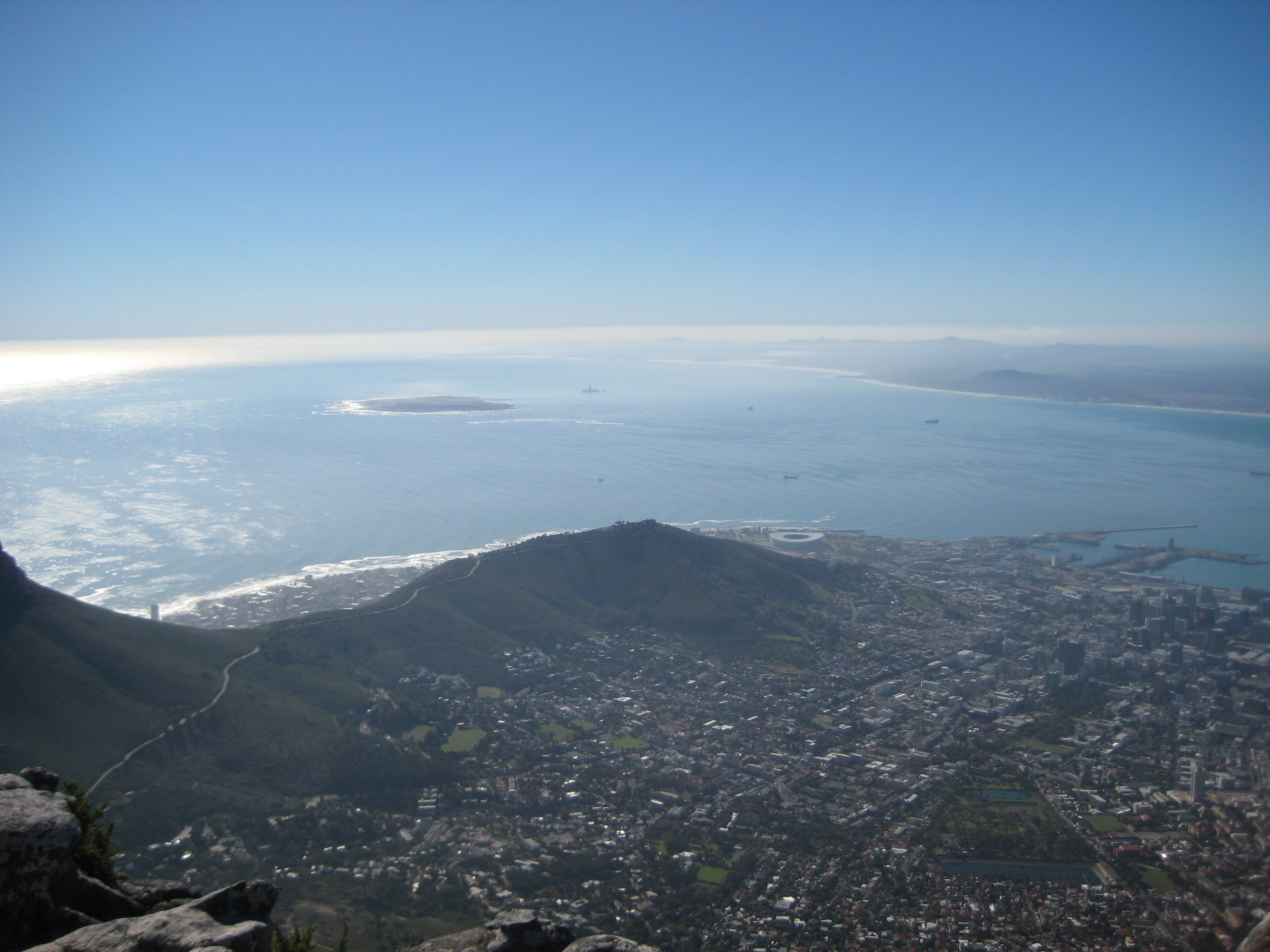 Again one is wary of the tales of crime associated with the mountain. Having taken the cable car up and back down mostly for that reason I’m unable to comment, but for what it’s worth it felt entirely safe on top (incidents occasionally occur if you decide to walk up or down the mountain).

Getting out into the Western Cape region is well worth it. Roaming Stellenbosch and the surrounding area, South Africa’s famous wine region, is a fine way to spend a sweltering day. Camps Bay is a wealthy district near the city, where I was accosted by a man selling tat who thought the quickest route to a sale was to say I looked like James Bond, in my unironed, untucked shirt and shorts. No thanks mate. You can also take a look at the Cape of Good Hope – not the southern tip of Africa but not far off, where the Atlantic and Indian oceans meet. What it represents is perhaps more impressive than the area itself. It’s rocky, windy and I’m glad to have been there, but that’s all.

Although getting out for a day or two’s safari is possible, safaris are better as a longer, more involved trip in my experience. You can here make do with baboons loafing about and blocking roads in entertaining fashion – they are a protected species in the region – sharks roaming the waters about the Cape, and dassies sunning themselves on Table Mountain. Dassies look like large gerbils and very much enjoy relaxing and being left well alone. Closely related to elephants, apparently. Funny old world. 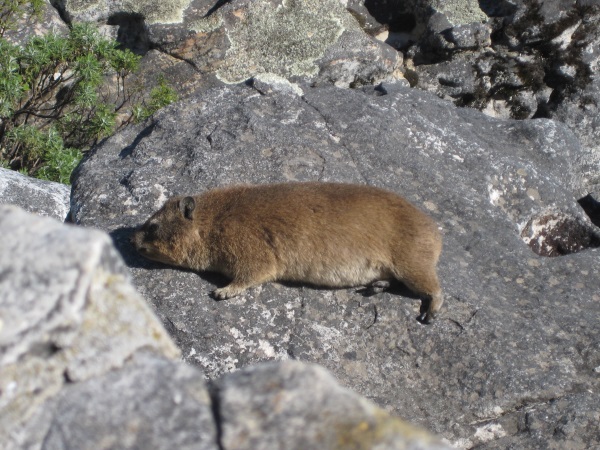 Having never been anywhere like Cape Town before and not knowing what to expect, to come away as genuinely delighted with the city and its surroundings as we did was splendid. There won’t be another World Cup for a while but it’s to be hoped the sparkle of the tournament has left its mark – though the hosts ultimately failed to make it past the group stage, their win over France was a great reward for a country that does now seem to have mostly shaken off the disastrous politics of the last half century.