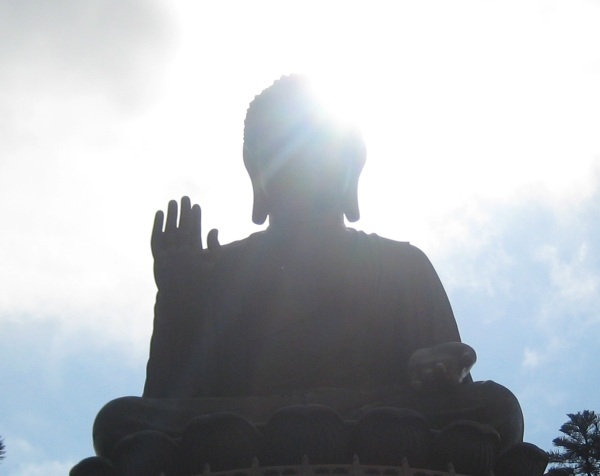 If there’s one thing I have to thank Hong Kong for, it’s for giving me a unique new way of deciding whether or not I like a place.

Whenever I arrive in a new city, or any part of the world I’ve never visited before, the first thing I do is look up. If I see a single, solitary wild bird, from a buzzard to a budgerigar, an eagle to an egret, I immediately know this is a place I could get used to. There can be countless other reasons why I like or dislike a place, but one thing is absolutely clear to me, thanks to Hong Kong.

No birds, no dice.

It took a day or so in Hong Kong before the realisation that something was missing hit me. It took another day to work out what it was. During four days in China’s ‘special administrative region’, not so much as a sparrow made itself known to us in either the city itself or the surrounding countryside. Not one single wild bird. The enormity of that does not strike you until you experience it, let me tell you.

Of course, this being Hong Kong, that’s not the same as saying there are no birds. There were actually lots of birds. Let me explain.

In Kowloon, where we stayed in a tall, shiny hotel surrounded by poverty and grime, that easy duality that only rampant capitalism can provide, there are countless narrow streets running beside the main thoroughfares. In a number of these streets you’ll find makeshift markets selling everything that can found in the province, from bizarre bamboo ornaments to risibly counterfeit silver watches. And birds. 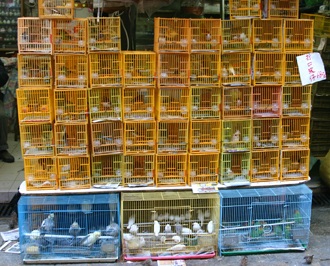 In the tiniest cages imaginable, birds were being sold. It was impossible to establish whether they were being sold for their continued enslavement or for food. Perhaps they were alive so that people could ensure they were fresh, but given that these caged creatures were no bigger than small garden birds, it hardly seemed worth going to the trouble of catching them for all the sustenance they would provide. That said, as many of them were flying about and crashing against the sides of their cages in evident distress, the chances of them making a nice new friend for granny in her dotage are slim.

Actually the birds weren’t even the most discomforting thing for sale. I saw one old man reach into a rickety wooden box and retrieve a handful of live frogs, which he put into a tiny plastic bag and sold to a little old lady who was evidently intent on boiling them alive. But by this point I was fixated on the birds and it wasn’t until later I realised I’d witnessed the living embodiment of the phrase ‘mad as a box of frogs’.

I am almost certainly coming across as a thoughtless tourist with no concept of the ways of other cultures. Why should there be anything wrong with live creatures being sold in this way? To be clear, in no way would I suggest I have the right to stop them doing it, in the infinitesimally small chance I could ever actually stop anyone doing anything.

All the same, I hate it. To me it seems incredible they could treat living things like this. To a native of Hong Kong I’m certain it would seem insane that I would waste my time caring about a creature that would probably eat me in a heartbeat were it a few times my size.

There are bigger birds elsewhere. For the entertainment of the middle classes there is also a nice aviary in the middle of the city, filled with birds large and small of all manner of varieties, most obviously not native to Hong Kong. They were, predictably, offered about two square metres of space each in cages not more than a few metres tall. I’ve never seen something so colourful that depressed me so much.

The point I’m trying to make is that the day-to-day realities of a place like Hong Kong are gradually piled upon you to a point where other aspects of the city annoy and confound more than they would anywhere else. 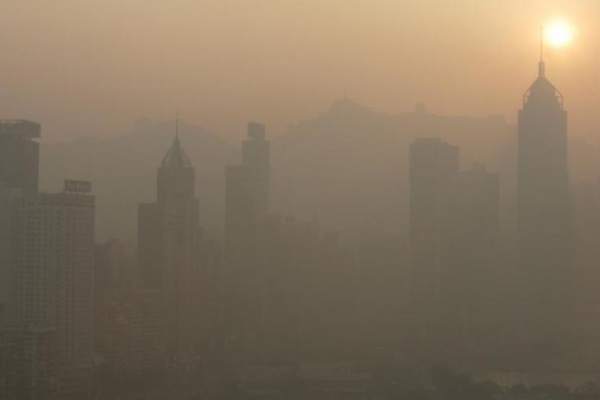 This oppression is hardly helped by the simply incredible number of people you see absolutely everywhere you go. Walking down any road as a man of slightly above-average height, you can see the sea – of bobbing heads taking up every inch of the pavement, going hither and thither, somehow not bumping into each other. I could have sworn I saw one old man take a tumble and disappear – doubtless reduced to ectoplasm beneath the tyrannical boots of the army marching God knows where in all directions.

The entire city appeared at the time of the visit to be undergoing maintenance. Around every street corner there was another construction site with a million yellow jackets busying themselves either putting up or knocking down some dull-looking structure. The dust and noise from each site superbly obscured anything within a ten-metre radius, which proved the highlight of the trip, apart from the one day spent boggle-eyed in the hotel with jet lag.

Every night Hong Kong puts on a light show, down by the waterfront. The show is called the ‘Symphony of Lights’ and is accompanied by an upbeat variety of traditional Chinese music. You, too, can watch as small neon lights flash different colours and shapes on the sides of buildings opposite, and short-range lasers are sent into the sky on a timer. I am making it sound a little more exciting than it is. Honestly, put ‘Hong Kong’s Symphony of Lights’ into Youtube, and share in the full rapture of this delectable feast for the eyes.

Getting out of the city became something of an obsession for me, ideally on a London-bound plane, but with pre-booked tickets two days hence we had to settle for a cable car out to the Tian Tan Buddha, a 34-metre tall statue of Amoghasiddhi set on a hilltop out in the countryside. It is, I will admit, something I’m glad to have seen, and indeed the cable car ride does offer impressive views. 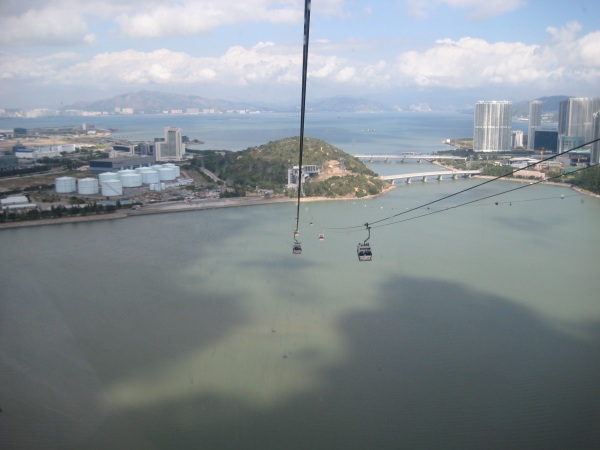 And yet even here Hong Kong managed to enrage me. My bird obsession hit new heights way above the treetops – if even the unspoilt countryside can’t offer me one single avian subject, and believe me was I looking hard, there’s clearly something brutally wrong with this place. And it goes without saying that at various points around the statue itself, millions more yellow jackets swarmed away on whatever godforsaken canteen or gift shop they were putting up/smashing down.

Enough, enough. I cannot in good faith recommend one single thing about Hong Kong. It depresses me to think of the place. The only reason to go there is to say you’ve been, but since you have to stop at the airport on the way to or from other faraway places I’d say that’d be enough.

My apologies for the outright misery expressed in this piece. I’m afraid to say that Hong Kong is, in every sense but one, for the birds.

« The Philadelphia Experiment | Architecture in Helsinki »