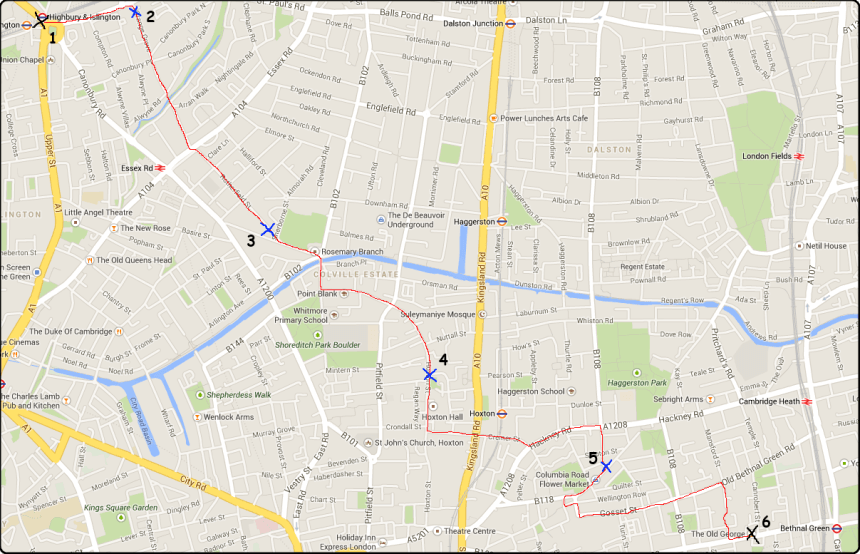 I don’t tend to spend a lot of time in east London. North London is my home, west London is a pleasant alternative understood by far too few, and south London is, well, you know. I don’t know, I never go there, but you probably know. Sucker.

East London is in many regards ‘proper’ London, and it pays to venture there from time to time to experience the grimy world of angry bald men, people from Bangladesh, teenagers in silly hats and beards upon beards upon beards. It is with this in mind I decide I will attend my appointment in Bethnal Green with a walk through some of the formerly frightening areas of London that, as far as I know, might still be on the map solely to reel in unschooled prats to poke with sharp objects.

And my wary wander begins at Highbury Corner, chastened and chased out of a bus where I should have given my seat to an elderly woman but couldn’t, for honest reasons of physical incapacitation: there was a fat bloke blocking my way. Tail between legs I bound off down St Paul’s Road past Canonbury, Mildmay and Highbury East Wards police station, which is as boarded up as you would expect it to be in an unwanted age of enforced public frugality.

I am already wondering if this is a good idea when, still resolutely in Islington, at the top of my southward walk I see a huge pile of refuse on the side of Grange Grove, unencumbered by bin bags or even anyone pulling a distressed face at the mess, me excepted. Instead there is a woman who’s seen a cake or two with a bandage round her ankle standing nearby, eyeing me dismissively. I’ve put on a pound or two lately but clearly I remain no match for this behemoth’s appetite. 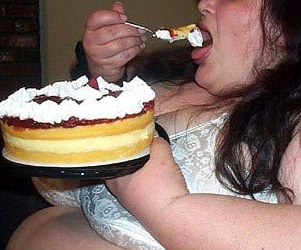 As I head towards the inevitable boundary with Hackney, still some distance away, I continue to question whether heading towards the western edge of London’s gangland is a wise idea, but of course London continually reminds me of what an idiot I can be. And it tends to do so using the language I share with the city: that of pubs – just across the New River I realise I’ve been in the Marquess Tavern before and know this area a great deal better than I realised.

I start to notice lower-lever windows are now defended by bars and padlocks in a way that would have seemed overkill two streets ago. The pavement is almost deserted, but for me and a man on a bike.

I went through Baltimore on a train once. From the safety of the carriage I could see streets paved with desolation, as though The Wire was a documentary. As the man on the bike goes past me, from behind, very slowly, I picture him on his burner phone, radioing ahead to his lightly but adroitly armed colleagues that there’s a pillock who shouldn’t be here heading right for them. He’s young and black, this man on the bike. Am I racist? We are all UKIP now, says the news. 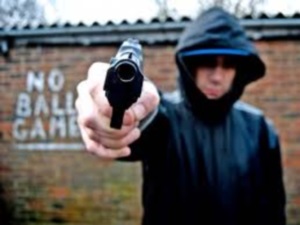 Then I realise it’s the baseball cap, not the man under it, that sets the alarms off. What is it about baseball caps? Is the entire MLB stuffed to the rafters with felons? As I ponder the Pittsburgh Pirates taking their name too literally the man on the bike peels off into Rosemary Gardens and I’m slapped once again by a pub, the Rosemary Branch, and the idiocy of my own unfounded concerns. I have been here before, of course. I recall a large model aeroplane attached to the ceiling and a portrait of a red-jacketed English country huntsman in the toilet, with his face scratched off to make him look veritably demonic.

Over the canal and left onto Penn Street. It’s starting to feel unfamiliar again. The Colville Estate looms menacingly. A man waters his pit bull on a patch of grass by the side of the street and I realise I must have entered Hackney at last. Yes there are primary schools and green spaces here, but also angry people who want my belongings. But before long it’s clear yet again that I’ve been here before, as I gradually realise when I see a sign above the street saying ‘Hoxton Street Market’ and twig that I must know this whole area a lot better than I thought. Is there anywhere around here I haven’t been? Last time I was here, a summer or two ago, I was drunk and felt right at home.

I walk past the most honest pub in all of London. On my sole visit to the Howl at the Moon, I bought three pints, handed over £15 and got what I thought was too much change in return. Deliberating outside the pub shortly after, one of my companions said I should return the money, while the other demanded, quite forcefully I must say, that it was my duty to keep it after being shafted by publicans since Jesus was a boy.

Integrity won the coin toss – I went back in and informed the barman that he’d given me a fiver plus change and surely that’s too much return on £15, for three ales. He listened patiently before explaining I’d actually given him two fivers with the tenner and he was just giving one back with a token amount of change off fifteen, confirming that I had once again been tucked up good and proper by a London public house. 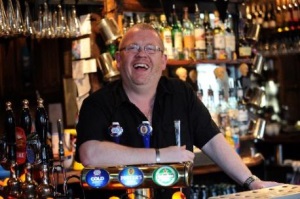 Still, the honesty felt agreeable and the memory sweetens today’s walk down Hoxton Street, past the oh-very-funny funeral directors of Hayes & English whose signage ominously includes a clock. From death, however, rebirth – what seems to be a brand new pie and mash shop, reinstituting a fine London tradition, complete with jellied eels. I had them once. Singularly disgusting.

Falkirk Street is unusually heavily populated, adding to the sense of safety I need not feel but do all the same. I didn’t know Hackney Road was this close but here it is, and given a man can last only so long without a pint in this city it’s time for a livener in the Marksman. Here I find three ageing white English men, fat and bald of course, chatting at the bar, presumably about football.

“That Professor Green was in here the other day. Nice bloke.”
“Saw Russell Brand as well, said he was off to some exhibition.”

Left-back and centre-forward for Orient I think.

A short walk down Horatio Street and there’s another pub, a proper ‘what the hell is this doing here’ affair called the Nelson’s Head. I can’t not. Donna Summer blasts from the speakers, explaining why I’m the sole punter within. There are busts everywhere, and portraits of what can best be described as ‘variable quality’. I eye the two rows of fake church-style candles cautiously and exit to the implausible strains of ‘The Crying Game’. 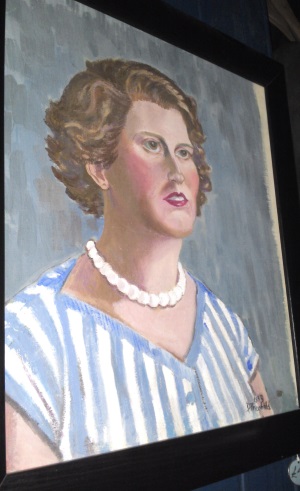 On Columbia Road I pass the Royal Oak, haunt of the Kray twins by all accounts but more pleasingly Samoan Joe’s from the marvellous Guy Ritchie caper that even Vinnie Jones couldn’t wreck. Confused by a pair of tourists with huge cameras – don’t they know they could die around here? – I realise I’m going west by mistake and have to double back along Gosset Street. Two baseball caps conduct business on the steps of Yates House and if they’re not crooks I’m Santa.

I’m looking for Barnet Grove but I must already be past it. Need a right to get down to Bethnal Green Road. Mansford Street, this’ll do.

Why is that bloke running behind me? Is this a dead end down here? Oh Christ the only way down is through this estate. Oh my God so many people here and they all want my stuff. To die at the last, so close to my goal, the criminal injustice of it, the unspeakable unfairness of oh it’s actually fine isn’t it and I’m spat out via Rushmead into what feels for the first time like ‘proper’ east London, and ultimately the Old George.

Proper London indeed. After all that, there really was nothing to be afraid of at all. Looking at the map now, it’s mostly Islington for Pete’s sake.

Maybe next time I’ll try a bit more north east of here, up towards Hackney Wick. Go and have a chat with the London Fields Boys and the 925. What’s the worst that can happen?

You get them in, I just have to go and change…my…

The soundtrack to this walk was Die Knowing by Comeback Kid.

« The Killers of Kensal Town | Barnsbury 2: The Bonk »