“Yes, well, why wouldn’t there be a tent in the subway?” 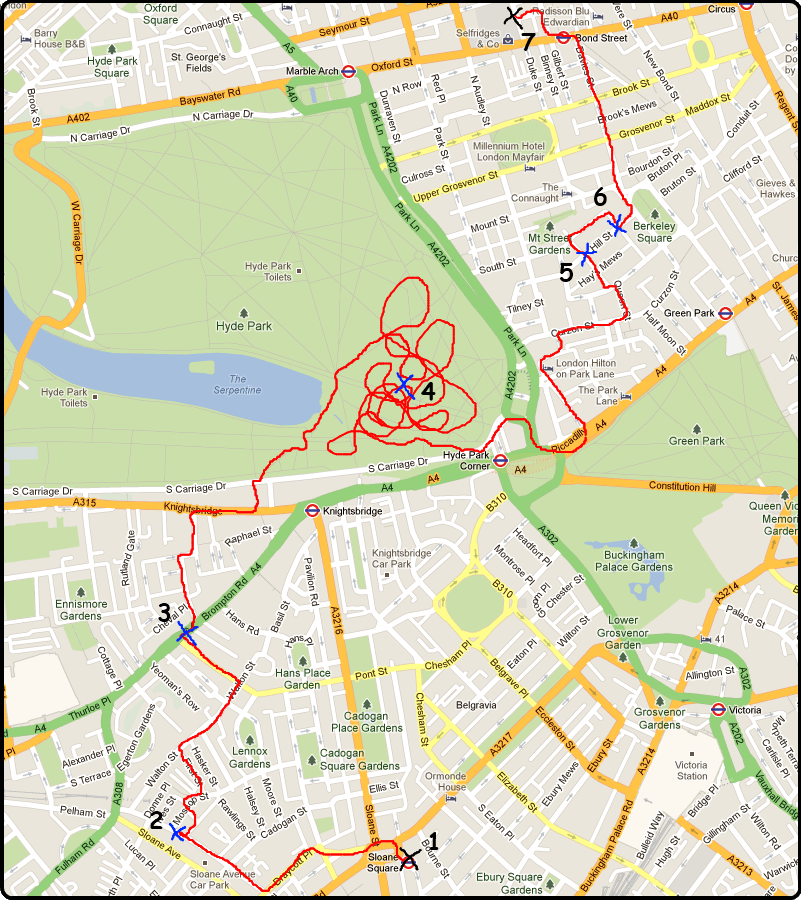 11.55am on a Tuesday only-just morning and I emerge blinking from the cocoon of a grimly-lit Knightsbridge office. I have just been begging a woman twice my age for a job half my brain wants and half my brain wants to drink and drink to forget about, which is handy as I’m now due a mile or two to the north for a liquid lunch that may (does) last the rest of the day.

Sloane Square was my original starting point, a square so fraught with difficulty for the left-wing man screaming to get out of my middle class body I wonder what heinous crimes have occurred to land me an interview here, but certain aspects of my financial existence demand rectification and I am the beggar who may not choose. The interview has apparently gone well enough; no names were called, no objects thrown, and it’s clear lessons have been learned from that incident at the Wetherspoons head office some weeks ago.

Armed with no more than my occasionally reliable internal compass I decide to stroll towards Mayfair, which I know to be more or less to the north and east of Draycott Avenue. I am immediately confronted by a pub I’ve never seen, the Admiral Codrington. At 11.57am it’s too early even for me and though my bladder demands attention it’s not loud enough to be heard above the din of wealth around me as I saunter along throughways called (something) Mews and (something else) Terrace.

At the end of the intriguingly named First Street is the Enterprise, another pub I don’t know. The signs are healthy when an area can surprise me with its public houses but again the siren calls of the toilet are resisted and it’s on down Walton Street past Bentleys and antique shops, left into Beauchamp Place and onto a huge road which remained nameless until I looked it up some moments ago.

London’s signage is designed to irritate the tourists and long may this be so. Although it is momentarily distressing to be on one of the major veins into the heart of the capital and have no idea which it is, the sight of pairs of giant backpacks with humans attached to the front looking upwards in bewilderment is one to be treasured by anyone who has ever got lost within this city’s extraordinary non-grid. 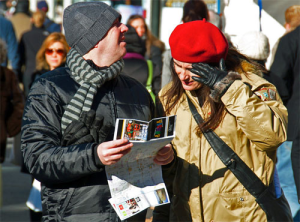 Leaving Brompton Road as it lately turned out to be, I am heading along Montpelier Street and spy a pub I’ve been in before, though I’ve no idea when or why or what possessed me to take ale in Knightsbridge of all places. At this point I’m not certain I’m still in Knightsbridge at all, but a couple of corners later the dismal bricks of Hyde Park Barracks hove into view atop a road called, not surprisingly, Knightsbridge.

At which point I worry I may be running a little late and with the amount of liquid in my lower body reaching dangerous levels it’s head down time, ignoring such atrocities as “The Wellington Club” (oh, rather) and along an alley to Hyde Park.

Until now I had it in my head that Hyde Park was one of the city’s largest, but in fact it is only its ability to confuse that makes it seem so. The paths criss-cross as any sensible park’s paths would. (Also, the butter Betty Botter bought was a bit bitter.) But the placement of the Serpentine, the large mass of water in the centre of the park, causes the mind’s magnet to bend and twist like a child that apparently wants nothing more than to be dropped on its head, which is what feels like has happened to me as I attempt to reach the north-east corner of the park where I know Marble Arch to be.

The reseeding of the grass has caused large areas to be cordoned off and though I’m not afraid of a little rope it seems a shame to destroy the fresh plants when so many thousands of concert goers can do a far better job of it later in the summer, if the neighbours haven’t moaned them all away yet. Along the walk the dreaded encounter with a man who is on the same direct line as me takes place; he goes one way, so do I, we both move, we stride ever closer, both praying to avoid the inevitable stop and stare as we blame each other for the despicable crime of trespass.

The man looks at me, chuckles, and on we walk. It has an odd effect; I find myself somehow pleased his response was of mild amusement, and that had he snarled in fury I would have wanted his grandchildren instantly damned to the fires of eternal hell.

Thus unexpectedly jaunty is my walk as I bounce towards what is not Marble Arch, and turns out instead to be Hyde Park Corner a good half a mile to the south. No matter, I’ll head up Park Lane a little and cut into Mayfair from the west, as I recognise that over there to be Piccadilly, which of course it isn’t, and off I wander up Piccadilly itself with my east pointing north and my south sticking out.

To get there I’ve had to use the pedestrian underpass, which turns out to be notable for two reasons. Firstly, there’s a tent in it. Not a makeshift tent – a proper three-man camping tent, with flaps closed, looking in fairly decent nick. At the other end of this same underpass a woman of 18 stone or more shudders down the steps gaily like a retired ballerina with type-2, with a look of intent on her face suggesting she plans either to get into that tent or eat it. 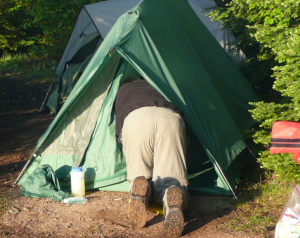 Piccadilly is home to the Hard Rock Café in which I once had to spend an appalling, forced-fun work afternoon, and with such memories instantly dispelling my happiness and with my bearings regained I’m up Old Park Lane with a spring in my step caused by the imminent arrival of large quantities of urine in my shoes. Here I find what looks like the headquarters of Playboy, but is in fact the ‘Playboy Club’, which has been open for a couple of years and could only get away without being tacky and crass because everything in Mayfair is by definition stylish and chic. That must be why it costs a full £400 to buy the entire area outright.

A few more Mews as the stench of affluence begins to hurt my soul, and on to Chesterfield Hill, which seems to be a hill by virtue of one end being a good foot or so further above sea level than the other. The street names at this point become a little uninspiring – Farm Street, just off South Street, leads into Hill Street. And then apparently Hill Street leads back into Farm Street, before eventually I find myself on Hill Street with no idea what’s just happened and the need for relief now reaching crisis levels.

But I’m aware I am nearing my goal, as I scan for any signs of Duke Street, on whose northern section I will find the pub I’m bearing down on with the panicked desperation of a bald man chasing a hat on a windy winter’s day. I’ve no idea if it’s west or east of Davies Street, but mercifully I suddenly find myself at Bond Street station and I’m back on familiar ground, and happily out of Mayfair.

Heading into the southern climes of Marylebone I finally spy the pub and upon entering I order a pint and inform the sceptical barmaid I’m going for a leak while she pours it. The porcelain accepts my gift at length and with grace. It is a toilet I will remember for the rest of my days.

The soundtrack to this walk was Afraid of Heights by Wavves.