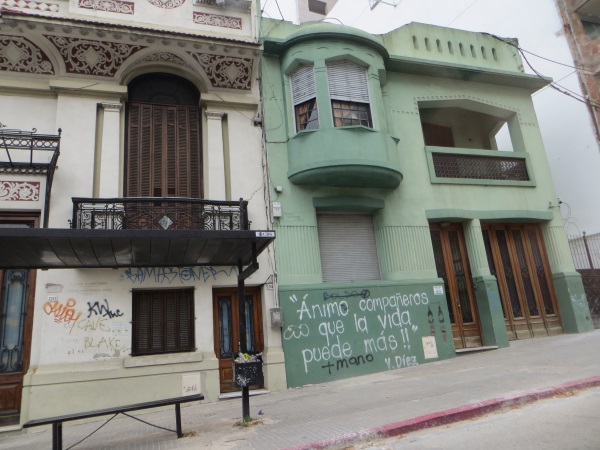 When you tell people you’re going to South America they look genuinely delighted for you. You can see their minds filling with images of Peruvians with rainbow-coloured shawls and unlikely woodwind instruments; Latino dancers with roses in their hair; the next Neymar making strange things happen to footballs on a Brazilian beach.

Do they picture you turning a corner in the Uruguayan capital, onto a street of shattered buildings deserted but for a crowd of languid teenagers in trucker caps who would be well within their rights to do you mischief? If you have friends that picture this, your enemies can probably take a well-earned break.

Montevideo is a peculiar little place; more so, it seems, over the Easter weekend. We arrived at the Buquebus ferry terminal on Saturday evening after an entirely worry-free glide across the water from Buenos Aires, to be greeted by the chaos of a typical South American taxi queue. Eventually ending up piloted to certain death by a distant cousin of Fernando Alonso, we careered along the coast road past drinkers, fishermen, Rambla ramblers and – oh thank you for being on the opposite carriageway – a Herbie-style Beetle parked in the fast lane. It may have been on fire, or those flames may have been our cab going at the speed of the space shuttle on re-entry.

Spared death by a millimetre of lead paint countless times we made the hotel in the Pocitos district, and set out to find food. The walk of three blocks was tranquil, pleasant even, and the meal was magnificent. Unlike in Argentina these people actually make some attempt to flavour their food, and a fine rib-eye was washed down with an enormous bottle of the local beer. The waiter regarded me wide-eyed and actually used the word ‘stupido’ when it became clear all the beer was for me. I didn’t know how to say ‘Shitting yourself is thirsty work’ in the local dialect so I put on my finest Englishman abroad nod-and-grin and set about drowning the memory of that bloody taxi. 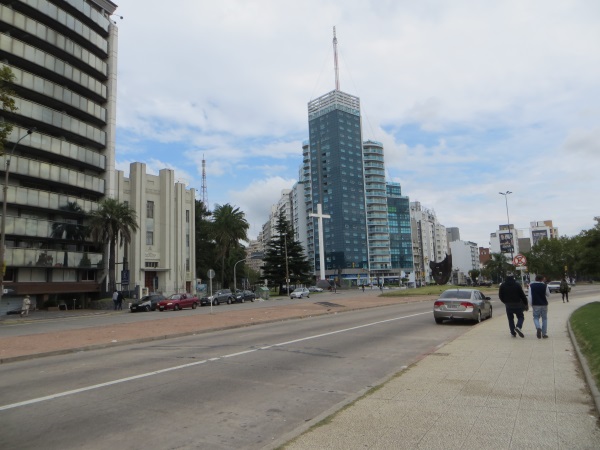 Easter Sunday in Montevideo is not, as might be expected, a raucous celebration of Catholicism and yer man rising from the dead, despite the 20 metre-high cross we found in the middle of one street. Instead as we wandered along wide Uruguayan roads to see what we could see, it became obvious this lapsed nation – left-wing government, legalised same-sex marriage, legalised abortion, legalised cannabis for God’s disapproving sake – use Easter Sunday as an excuse to do bugger all. Many streets were deserted; cars appeared but sporadically. The people charged with picking up the detritus after last night’s Paul McCartney gig in the national stadium had obviously decided it could keep.

The stadium itself is steeped in football history, and in truth it was surprising to see it appear so battered and tired, though having to bear a night of Macca grinding out his out past glories would wear out the hardiest of us. The entire city seems worn, with new developments (erected, it appeared, with wooden scaffolding – how does that work?) not apparently able to offset the decay of the colonial strongholds the city is based upon. A brand new house will sit between two entirely differently designed, colourful but knackered buildings, somehow ageing the newer block as well. Characterful, certainly, but more the faded movie star’s final hurrah than the swaggering young colt of the moment Montevideo is sometimes marketed as. 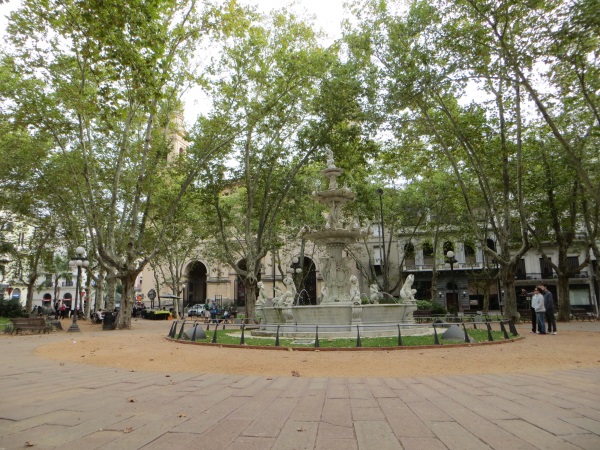 The main tourist trap is Ciudad Vieja, the old town. With its narrow streets and buildings even more weathered than elsewhere, it’s the most South American-feeling part of either this city or the Argentine capital. Delightful, then, that at the foot of each venerable old building there is an American fast food joint or clothes store to add the tacky angle that simply couldn’t be kept to the main shopping boulevard, Avenida 18 de Julio, immediately east of the area.

Miffed at the increasing disappointment of a city I was hoping very much to like, we decided to head up towards the Uruguayan Parliament building. Having missed our intended (main) road we figured it couldn’t hurt to cut through a couple of backs streets. It could hurt. Still deserted, this part of central – very central – Montevideo doesn’t feel at all right. At one point we peered down a road to the right and I thought ‘No way would I walk down there’ before turning the corner into a road that was far, far worse. The wife cursed loudly, we retreated swiftly, praying we weren’t spotted, praying for a route back to where things don’t burn. In two weeks in South America, this was the only time I wanted to run screaming for Mummy, aside from that cab ride obviously but she never would have heard me as I hurtled past in that.

Eventually we did make the Parliament building, however, and what a beauty it is. A huge, grand building like this perhaps belongs in a city like Buenos Aires, where the equivalent is limp by comparison. Take this building and the many statues and monuments scattered about Montevideo and you have the makings of a first-class city, the city I’d hoped it would be. 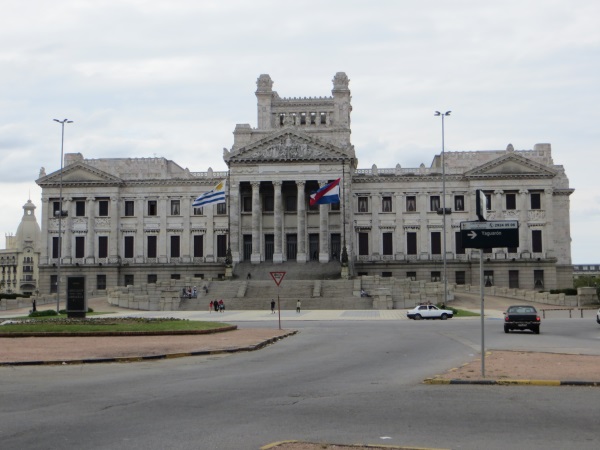 Not everyone was in bed all day. At the Plaza de Cagancha we found hundreds of people crowded around a handful of men in lycra, which turned out to involve the 100th anniversary of the Uruguayan Cycling Federation. This celebration included an exceptional set of drummers, edging very slowly down the street to an insistent beat. Life, glorious life, and an insight into what Montevideo may really be like if you visit on a non-Easter Sunday.

And the crowd of Uruguayans was utterly non-threatening, it should be noted. Then again, it was before the incident with the street corner and browned trousers. 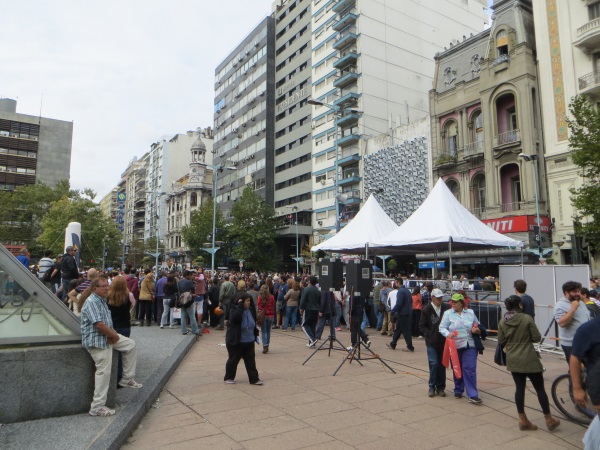 Spending just one full day in Montevideo is enough to see the city, if not to experience it properly. Unfortunately choosing Easter Sunday was a mistake, as the deserted streets left us with only the understandably unsettling feeling that comes with being in a strange new place. I came away with mixed feelings about the place – I like it despite my experience but I never want to go back lest it kills me. And sadly I’ll probably never get to see it in the glory I’ve a sneaky suspicion it might be hiding between its very many cracks.

« A Hop and Hobble Around Buenos Aires | Holiday in Cambodia »