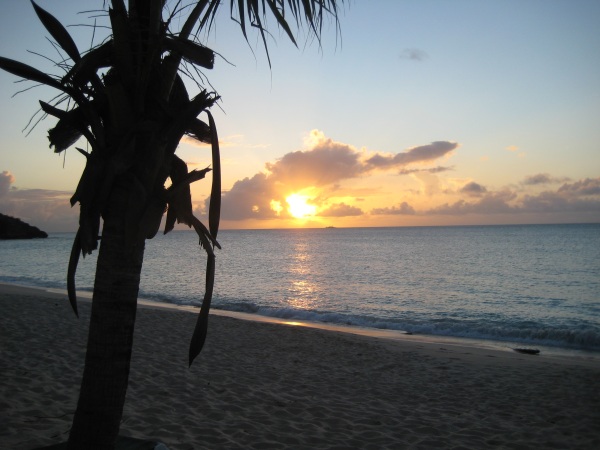 Were I in full command of where my holidays are spent, I can honestly say I would be happy to spend every break north of where I live.

Obviously a border needs to be crossed; with the greatest respect to my fellow Englishmen higher up the map, the thought of spending any length of time in places like Blackpool or Leeds fills me with the type of terror normally reserved for a man pulling vainly at the cord of his secondary chute. (I should say, though, that I do have a high regard for the north east, particularly the coastal area around Alnwick.)

I am however one of two, and every once in a while the plaintive cry of “Oh dear God, please can we get some sun?” is heard above the crashing of icebergs and howling of bitter winds that make up the snowbound cacophony in my head. If you’re going to do it, do it properly I say, and so it was westward to Antigua for a spot of relaxation and a chance to see whether the laid-back reputation of that part of the world is justified or just a cruel invention on the part of Danny John-Jules.

Yes, I watch Death In Paradise, and I’m only slightly embarrassed to admit it.

Antigua is twinned as a nation with the smaller island of Barbuda, and sits in the middle of the Leeward Islands between the Atlantic Ocean and the Caribbean Sea. The country has an intriguing history and bases a lot of its politics and culture around four national idols – the country’s first prime ministers, the leader of a slave uprising, an education pioneer and the only living legend among the group, cricketer Sir Vivian Richards. Given Sir Viv is a hero of my favoured country cricket club, Somerset, it was only natural when looking to this part of the world we chose this particular country to make land. 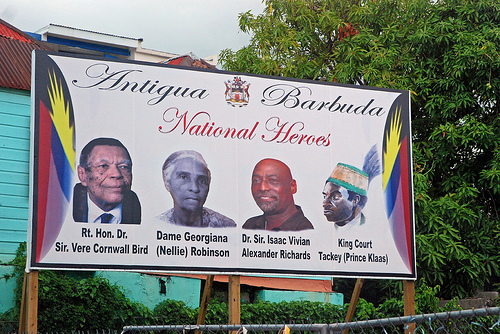 It’s pleasing to travel around the country – a day tour by car covers all the major sights and landmarks of Antigua – and see signs and monuments dedicated to these five national treasures, and Richards in particular. The country’s newest cricket ground is named (guess what) the Sir Vivian Richards Stadium, and although it was heavily criticised for the state of its outfield during a match that had to be abandoned against England in 2009, it now fares well and doubles up as the home of the nation’s fairly useless football team, though the sight of a pair of goals on this hallowed pitch was plainly blasphemous.

It is a suitably grand-yet-relaxed stadium; it’s effortless to imagine whiling away five days of a Test Match in its proud surroundings, although given the state of the West Indies side currently you’ve no guarantee the match will go the distance. And if I may make one massive criticism of the place: if you know a man with a hangover is going to show up in desperate need of a sit down, please make sure not every single toilet is overflowing. I know I should have called in advance, but really, the desperate look on my face should have been enough to command an immediate callout to whichever emergency service Antigua has to clear a backed-up khazi.

Sadly the first half of the day trip around the island was taken up with the knowledge that the heroically cheerful driver-stroke-guide’s car faced the imminent threat of destruction from within, as did I if I couldn’t file some papers pretty sharpish. Somehow my dignity remained intact until lunchtime when we reached the home of a local woman whose house also serves food to villagers and travellers alike. A round of local delicacies later, plus the most welcome yet disgraceful use of a bathroom I have ever experienced, we were back on the road towards the Antiguan rainforest safe in the knowledge that that luckless lady’s smallest room was now contaminated on a scale not witnessed since Fukushima. 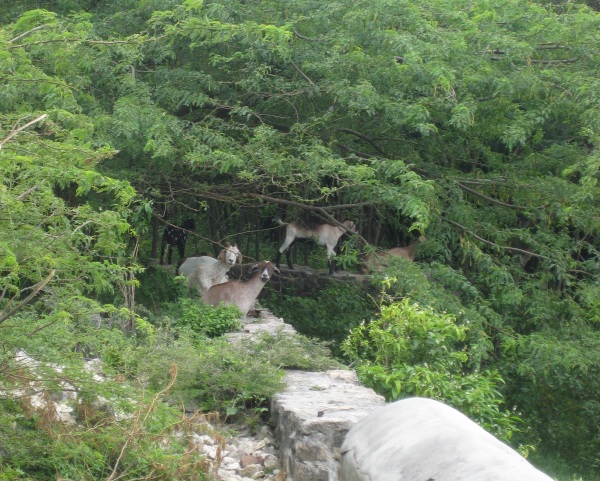 On an island of only 170 square miles it’s tricky for a rainforest to match the image most of us have from South America of dense jungle and technicolour wildlife. It has bananas and pineapples, goats and lizards, and little else besides, although on so small an island the contrast between the balmy coastline and this verdant inland zone is stark.

A trip to Shirley Heights made for an interesting evening. Dropped off on top of a hill for the fine views of the bays nearby, you’re rather forced to enjoy these views for longer than you’d like until your driver reappears hours later. They sell tat in great quantities up there, and ropey lager, although the cocktails are deceptively strong, allowing you to enjoy the steel band who eventually come on to play Bob Marley tunes more than you perhaps ordinarily would. Personally I preferred the incongruous nature of our driver’s Bee Gees obsession during the ride back, far more than his hair-raising driving (the cocktails helped with that as well).

The capital, St John’s, is suitably diminutive and a comfortable, relaxed atmosphere is detectable as you stroll around its rickety buildings and crumbly streets. The focus of the city, at least for tourists, is the ‘shopper’s paradise’ of Heritage Quay and its neighbour Redcliffe Quay. If you have a particular desire for expensive bodily decoration you’ll be in heaven as the area seems to have been monopolised by jewellers. Still, a nice iced tea in a café on the waterfront watching the frigatebirds swirl and swoop isn’t a bad way to spend an hour. 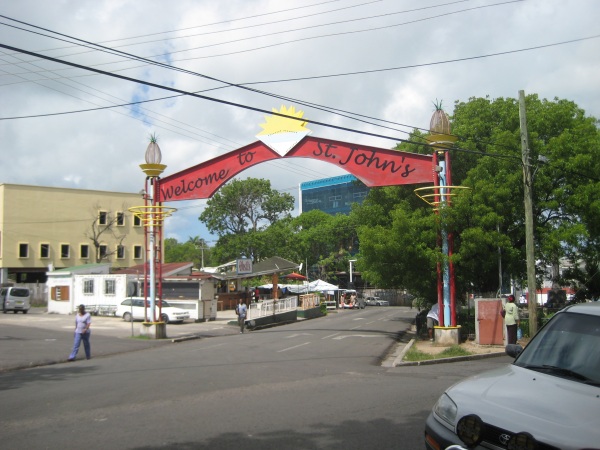 It pays in this part of the world to consider an all-inclusive resort, and despite my initial reticence after an atrocious experience in Egypt it turned out to be an excellent idea. Suffice to say the idea of being able to wander barefoot along the beach to the nearest bar for a ‘free’ rum cocktail at any time of the day does not get tired fast.

This, and the amazing coastal setting with picture-postcard palm trees and deep blue sea, hammers home exactly where in the world you are and how the Caribbean’s relaxed reputation may have been formed. That the outdoor restaurant is constantly visited by a large number of sparrow-sized birds looking for scraps may under normal circumstances cause a man to reach for weaponry, but something about this part of the world simply makes you feel more carefree, and close-up wildlife seems not just acceptable, but enjoyable.

One thing that it’s impossible not to do in Antigua is relax, and that goal was completed with ease. Mercifully the May climate prevented the evil fireball from totally destroying my pale flesh and sufficient shade offered handy respite when the going got tough after about 45 seconds under its baleful gaze. So, sun, I win, and all being well I won’t have to see you again for at least a few years as I reach for the snow boots and thermal underwear.

« The Dogs of Ilulissat | Languid in Ljubljana »