“Oh my God, they’ve killed that pub! You bastards!” 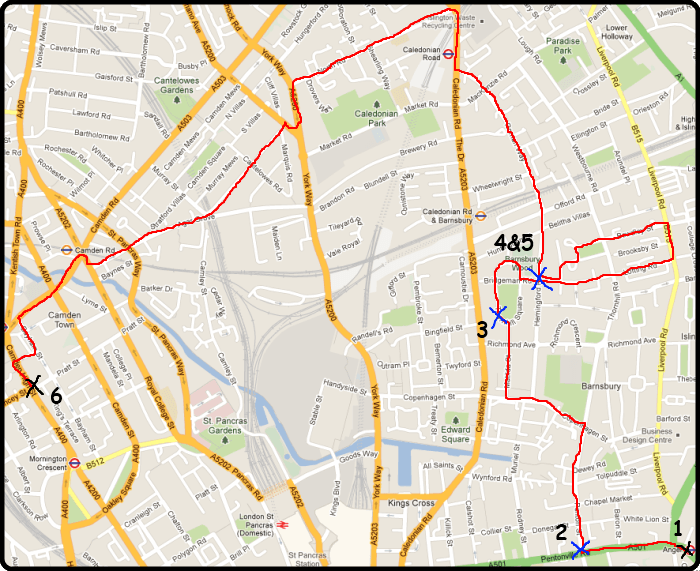 There is no single part of London that I can get lost in as easily as Barnsbury.

Clearly I’m talking about the London north of the river. I can get off the tube at any station below the water, walk for 500 metres in any direction and be more oblivious to my location than a senile old dog, twitching as it defecates in the corner of the room yet again to the chagrin of its luckless owner.

Thankfully only a senile old dog would voluntarily go south of the river anyway.

And don’t let me give you the impression that I happily get lost in Barnsbury, in some wistful Narnia-style adventure in the lovingly tended pastures of a tree-lined London suburb. Certainly not. I mean lost in the traditional sense of “Just around this corner there’s a…right so it’s the next corner and there’ll be a…a…wait, is that the sea?”

I think I’ve worked out what the issue is. The area between Highbury & Islington and Caledonian Road lacks the one true staple of a London suburb – the humble public house, which for a man such as myself is the only sure-fire way of navigating the twisting, swirling streets of this brutally confusing city. There are so few pubs in and around Barnsbury that I once walked through here desperate for a leak and started eyeing up trees longingly, like that same dog before the mind went blank.

A chilly, grey afternoon in early march, and I find myself once again in Barnsbury. I have started my journey at Angel with a short walk up to the Lexington, where I am to interview the pub’s owner for an article on the decline or otherwise of London’s independent live music scene. The chat complete I now have a couple of hours to kill before an appointment in Camden, and these days I find myself less inclined to simply get there early and sup the minutes away, so I walk, naturally drawn to Barnsbury.

I can be no more than a couple of hundred metres along Penton Street before trouble starts. There are two cafes here in buildings that quite plainly used to be pubs. How is a man supposed to orientate himself if his compass is repeatedly stamped on by developers intent on gentrifying an area? I turn left into Copenhagen Street, already angry. These pubs’ ends feel like deaths in the family, or more accurately murders. 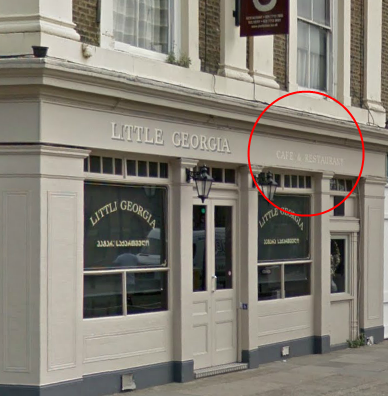 At the other end of Matilda Street is Thornhill Crescent, where I once had a classic Youtube moment that was, to the best of my knowledge, mercifully not recorded by anyone but the man doubtless chuckling in the CCTV booth of Islington Police Station.

Some years ago in said Crescent I found a rubber ball, about the size of a tennis ball. For reasons decipherable only to a man already partially in his cups, I thought to hurl this ball as hard as possible at the pavement to see how high I could make it bounce. About five foot up was the final score, the approximate altitude of my face, which I can confirm was duly reddened by both kinetic energy and shame. It’s all fun and games until someone loses an eye.

Today there’s no rubber ball, but there is a battered, N-reg kit car that both amuses me with its whimsy and infuriates me as a symbol of all that is wrong with the venal middle classes of today, Citizen Smith that I am. At the corner of Lofting and Hemingford Roads I am confused by what may be a pub, but may also not be. Its pub-like sign of a mirrored letter R suggests a hostelry of some sort but there seems to be no door. There does seem to be someone in there, looking like they’re drinking something, but no other signs beckon me in. Perhaps in fact every building in Barnsbury is a pub waiting for customers, unsure why their surreptitious facades are not pulling in the punters.

The quaintness of the area is driven home a little forcefully by Brayfield Terrace, hidden away off the main road with what seems to be a little path down the back of its accompanying school, which turns out to be a brick wall. Further along, Gissing Walk seems to have no purpose beyond creeping around the back of a nondescript office block; despite its proper street sign it seems unlikely to bother the postman.

I find myself on Liverpool Road, a useful point of navigation but a sign I’ve travelled too far east, so I head north a little and back along Bewdley Street, not really paying attention, just relying the internal compass to send me Camden-wards, while trying to ignore another dead pub at the end of Islington Park Street. A red-coated woman storms past, either really cold or really desperate for something she can’t have because there are no bloody pubs for miles around.

Mountfort Crescent seems to be a standard, public-access road that has been gravelled over by its residents. If you like Surrey so much why don’t you go live there?

These same residents, or their council, have created something for themselves called ‘Mountfort Terrace Open Space’. Quite why this otherwise redundant piece of concreted ground needs signs telling us it is open space when there are no fences or gates around it is anyone’s guess. ‘Signage surplus solved’ screams the local paper’s headline.

Just around this corner there’s a…a…here, is that another one of those places with the mirrored R sign outside it? It must be a…chain…oh bugger.

And the Barnsbury Vortex has embarrassed me once again.

North along Hemingford Road, I’m now concerned I’ll be late to Camden even though in reality I’ll be half an hour early. Making rapid pace to get away from the land of confusion behind me I’m along the Roman Way, past Pentonville Prison, which has been known to let the odd crook slip away over the years.

Far more troubling than the proximity to hardened criminals however is the selection of wives who seem to congregate in London’s most intimidating pub before and after conjugals. A woman I will call Scary Jean scowls at me from behind her fag on the step of The Two Brewers. In my mind Scary Jean calls me a slag and tells me to ‘ck off out of it, though in reality she’d probably only kick me repeatedly and drag me inside for her dogs to finish off were I not too afraid to be on her side of the street at this moment.

Past Caledonian Road tube, and the former police station at Anguilla House (with a stunning amount of ironic litter on its doorstep), which leads me into North Road, heading gratefully west. Here sits the out-of-place Caledonian Park Clock Tower, all that remains of a cattle market that was levelled by the Luftwaffe many moons ago. North Road has a peculiar air to it, with brand new flats alongside battered warehouses, the bizarrely named ‘Jim Veal Drive’ heading off it and a giant sign on one building where J.Preedy and his helpful sons inform us that ‘LAMB WORKS’. Works for what? A cure for all your ills, is lamb. 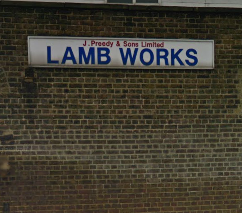 Yes I think I’ll ignore yet another dead pub thank you, and now I’m striding, head down, on bigger, duller roads into Camden. Enough time to see a man in a three-metre long white van staring eagerly at a space one metre long as I suck air through my teeth like a troubled plumber and regretfully inform him he’ll never get that in there, plus he needs a new boiler, no point repairing that one mate, throwing good money after bad.

And as I finally reach the pint that has reached ‘of my dreams’ stature by this point, I’m left to reflect on an area of London that has fooled me yet again. Barnsbury will never seem like anything but a Bermuda Triangle of pub-less terraces to me, I fear.

Mind you, at least it didn’t throw a rubber ball at my face this time.

The soundtrack to this walk was Thank You by Stone Temple Pilots.