“I could tell you, but then you’d have to kill me.” 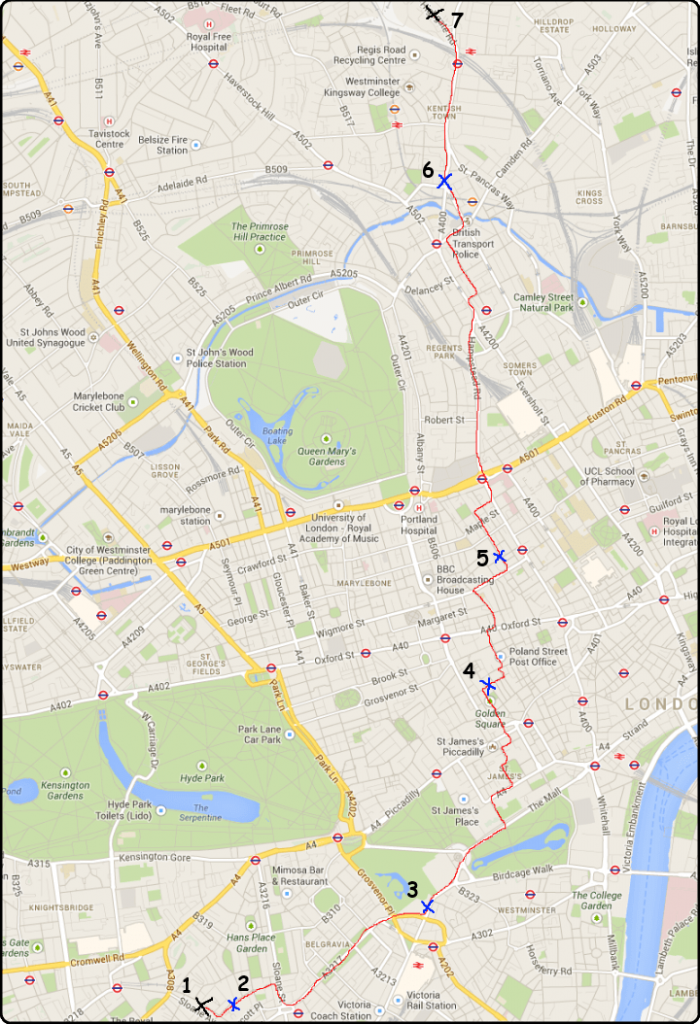 Legs are useful things, mainly for walking on, and for levering about to enable a foot to kick a ball, or accidentally trip a malevolent child running up and down the aisle of an aeroplane.

Legs are also, however, for looking at.

Results can be mixed. On a recent trip to an unfeasibly hot stretch of Mediterranean coastline I was confronted by a pair of pins with such heft that there was a look of genuine fear on the faces of other swimmers when the prosperously proportioned owner of said tree trunks lowered them ominously into the communal pool. I swear I heard a small boy exclaim ‘Eureka!’

Not so disagreeable are the legs I find myself following on a mid-April mosey from darkest Kensington to the Kentish Town Forum. I start from a place of utter despair, the interview preceding my previous walk having gone so well the employer found it only fair to tilt at nirvana by making the job itself so despicable as to render me speechless with rage at the end of each eight-hour packet of woe.

The wondrous sight of a shapely pair of limbs beneath a bright red dress thus accosts me at a time of great vulnerability, and I find my route dictated by their own path east. They shimmer in the spring sunshine and saunter gracefully along Cliveden Place, while I slope shamefully behind at stalking distance, until they inevitably turn south and my destination demands severance.

It all comes to nought of course as I’m given a sudden and unwelcome glimpse of a face in profile that could scuttle a thousand ships fitted with the latest in buoyancy technology. I catch a man walking westwards clearly thinking the same, wearing an expression as though he’s taken a centaur’s spear to the heart, which is fitting given this woman is half human, half beast. 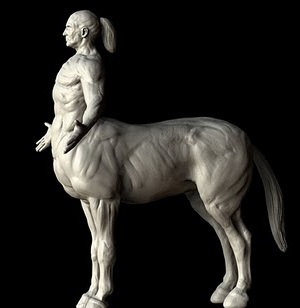 All the same, the legs have carried us as far as Eaton Square, the wealthy west’s final bulwark against common, workmanlike Victoria. The restaurant Noura stands as a lone sentry, dispatched to the front lines by feckless generals as they scoff their poached rhinoceros and pooh-pooh the somnambulant march of the office army to the east.

As I stride along the southern boundary of Buckingham Palace I find myself wondering if my secret entrance is still in place. Yes, I have a secret entrance to that most famous abode of our monarch, albeit one I have never used or even tested. I am the Boy Jones without the requisite derring-do.

Naturally I cannot expose the blueprints here; broadly it involves clambering onto stone pedestals, iron fences and, oh the irony, a security camera, to gain access to the inevitable sniper’s crosshairs. Should the security services need help patching an evident weakness in the old girl’s domestic defences they should contact me immediately, knowing that all I’ll ask for in return for this information is the immediate conversion of our nation to a republic.

Past the frightening spectacle of the Buck House fountain, covered in the usual swarm of rapacious tourists gorging on the best London can offer. Onto the Mall, eschewing my favourite Green park in favour of cyclists vying to become the soonest to end my life. And onto Marlborough Road, which presumably carries stables given it frequently smells of horseshit.

Whether or not Marlborough Road reeks is how you tell if Madge is at home, not whether the Royal Standard sits atop the palace as many believe. The flag actually used to represent whether the Queen Mother had been lifting her elbow but they maintain the tradition out of respect for her blurry memory.

Northwards through St James, heading for Soho. My general bearings intact but specifics escaping me, I experience a sudden moment of clarity knowing that Air Street is near. I couldn’t say why, but whenever I am on or near Air Street, I know utterly that I am on or near Air Street, as though I have a deep connection with it, which I haven’t. It’s the only street that has this effect, with the possible exception of Roman Way. I have no explanation, nor ambitions to sanity.

Sweating like an enthusiastic but rotund squash player, it’s time for a brief stop in one of London’s finest hostelries, The Old Coffee House on Beak Street. The landlord is of Balon-like stoicity, there are signed pictures of London ‘characters’ all around and I once got so drunk here I ended up in south London by mistake. Yes, that drunk.

Over the most famous awful shopping street in the world and into Fitzrovia. All evening I’ve seen throngs of drinkers outside every pub on my route, basking in in the unexpected April heatwave. It is with delight I spy no such crowd outside the Adam & Eve on Wells Street, a hated venue since its owners swapped the characterful rock-bar atmosphere of the old Ben Crouch Tavern for the hideous gastro catastrophe it is today.

The book North Soho 999 splendidly recounts the murder of Alec d’Antiquis on Charlotte Street in 1947, shot while attempting heroics to foil the robbery of a jewellery shop. That said, the name ‘North Soho’ should be stricken from every record forthwith. And as for ‘NoHo’, users of such a term should beware the next time some Tory nutter proposes the return of hanging as they will be first in line for the gallows. 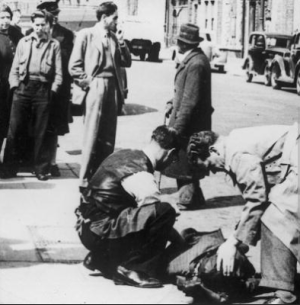 One of the capital’s most extraordinary buildings soon hoves into view. The UCL’s Cruciform Building is a remarkable gothic extravagance, which brings to mind many horror films that inevitably end with the hero being dragged screaming through the darkened corridors of just such a place. I remember fondly when horror films would simply end, without thoughts of a sequel, and without the killer disappearing and reappearing like the acquaintance who magically materialises at your right elbow whenever you’re at the bar.

Similarly impressive is the crumbling National Temperance Hospital on Hampstead Road. For reasons best known to the heroes of capitalism this giant property has been left to fall into Alcatraz-like disrepair, having been abandoned in 1990. Though a monument to sobriety would ordinarily be to me as a cathedral is to Satan himself, it seems a sorry testament to our current ways that no use can be found for this excellent Victorian construction.

Another brief pause for refreshment in Quinn’s at the end of Hawley Road. The landlord almost knocks over my half-full pint while busying a TV set, allowing me brief dreams of a full and free replacement, but it’s not to be.

Onwards up Kentish Town Road to find two women bearing down on me fiercely, taking up the entire pavement. They each stare at an electronic handset like it contains the map to One-Eyed Willie’s treasure, unexpectedly buried in Camden rather than on a pirate ship off Oregon as a million children of the ‘80s were led to believe. I resolve to stand my ground rather than obligingly step in front of a number 46 bus, a decision met with a look of sheer hatred by the women whose quest has been briefly interrupted by a man daring to use a pavement in the standard fashion.

My final time-killing stop is in O’Reilly’s, a pub so ordinary and yet busy it gives me renewed hope for my own style of imbibement. No pretence, no fuss, and no bloody wasabi peas in a jar on the counter screaming “You are the past!” at me.

Past the recently deceased but only moderately lamented Bull & Gate, and past the touts who look more emaciated with the launch of each new online ticket initiative. It’s all well and good a ticket firm demanding you print your own ticket and bring ID to prove you are the named holder, but I fear an entire section of society is being forgotten. Expect a fury-laden 38 Degrees email in due course.

And so my legs have borne me to my goal, carried by the spirit of the ones beneath the red dress. Once again I’m left to dispel the damnable lie that there’s no benefit in being a man of questionable integrity. I fully expect all these legs to soon carry me to the junction of Rosebery Avenue and Clerkenwell Road.

Yes, I proudly end with an in-joke for dirty old men.

Map key
1. Spat out of hell on Draycott Avenue.
2. Sightseeing for perverts.
3. The not-so impenetrable walls of Lizzie Windsor.
4. The best coffee house in London.
5. The tragic death of a hero.
6. So very nearly a free pint of beer.
7. Touts be damned!

The soundtrack to this walk was Tape Deck Heart by Frank Turner.