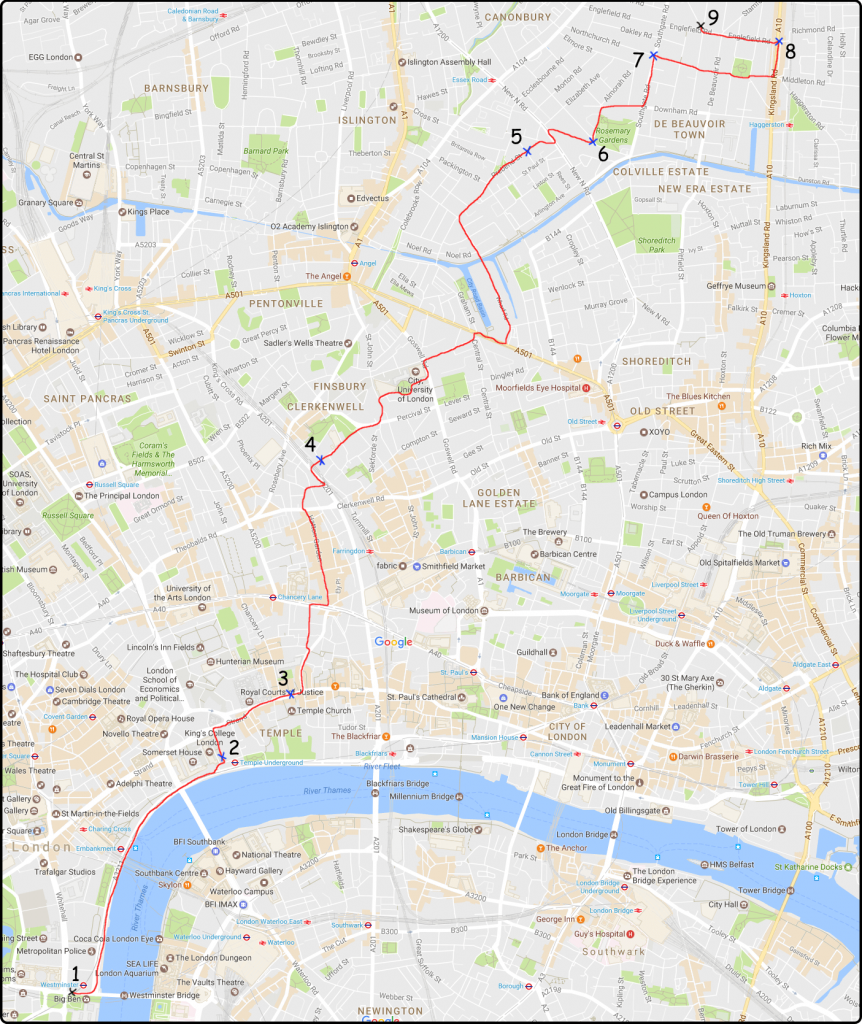 I don’t tend to take black cabs around London. I once moved 15 metres in 15 minutes in a black cab in an ill-fated attempt to renew a yellow fever injection somewhere in Bloomsbury. Snarled up on London Bridge among hundreds fleeing south London in terror. No special reason – just, you know, south London.

I couldn’t get a taxi today if I wanted one, as our city is currently under siege from cabbies on strike at their atrocious treatment at the hands of mobile technology. They are up in arms over Uber, which allows people to summon an unlicensed rapist to their location at a few minutes’ notice, denying regular cabbies their lifeblood of fares from Paddington to Pimlico via Poplar.

Thankfully I’ve no need for a hansom, as I have many hours to wander from the heart of London out to the mysterious east, with an ultimate goal of a concert of some dire indie band in their death throes, somewhere out Dalston way. I sit and contemplate possible routes within the confines of that celebrated hovel, the St Stephen’s Tavern beside the Houses of Parliament, though it’s hotter than the Algerian town of Tit in here and my pint repairs to a window ledge outside, pursued thirstily by myself. Two gigantic Americans complain at the lack of seating in what amounts to a vehicle service entrance to the old Whitehall Police Station. Bailiff, take them down. 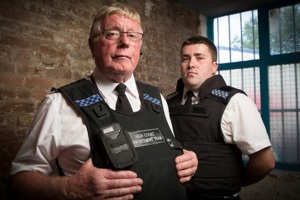 I stroll along the Embankment beside black cabs in colours such as yellow, aqua and pink, which nicely sums up the confusingly changing times cabbies find themselves in. Up Surrey Street, past a dead tube station and a dead gig venue, KCLSU, former site of late-teen students gaping in horror at a fat man moshing without a care in the world.

I wander past the spot where I watched the post-Olympic parade of British athletes on buses in 2012, something even I struggle to summon cynicism about. The streets are eerily quiet, with sporadic gridlock freeing joggers and cyclists to go about their business unflattened. Beside Cliffords Inn a man cycles past with a filthy teddy bear strapped to his purple helmet, as though he worries I’m incapable of coming up with my own gags.

Rich, white, old men in suits wander the streets confusedly, with no cabs to take them to wherever Foie Gras is served by minimum wage waiters who licked it just now. Two such suits head into the White Swan, a new pub to me, so I do similar. It’s fine, exactly fine. I drink swiftly and leave swiftlier.

The cabs are beginning to thin out as I head vaguely north and east. Hatton Garden contains a squadron of dickheads in flat caps and other risible headwear. Past the Betsey Trotwood, into Bowling Green Lane and there’s a pub called The Bowler. England play Sri Lanka tomorrow and in praise of the layabout’s finest ever creation, cricket, I should treat myself to a pint in here. But the eponymous ‘bowler’ is not spearing a yorker towards a cowering Australian but wearing a bowler hat. Hats everywhere. I hate hats. Bugger the Bowler. 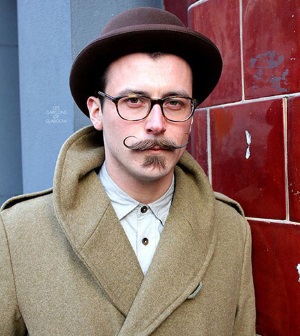 Onwards into Finsbury. I walk past a woman who looks unnervingly like Baron Greenback from the finest cartoon ever made. Wyclif Street, Moreland Street, countless streets that revel in their blandness. Wharf Road; is this to be my generation’s architectural legacy? If supermarkets sold buildings.

Next pitstop in the Duchess of Kent, the lucky girl. Google describes this pub as ‘modish’ which caused a little Guinness to dribble out of the wrong hole. This is an Englishman’s pub, if the English are flag-waving, Sun-reading, God-save-the-Queening morons, but obviously that lot are all lining their motors up moaning today so at least it’s a peaceful pint. Secretly I love pubs like this, largely because no-one I know would dare follow me in and at heart I am desperately saturnine and best left to it. Gasps of shock.

As two men at the bar argue dispassionately about a broken smartphone, Tom Jones performs a heinous cover of ‘Sunny Afternoon’ and I have to get out before problems. Approaching Rosemary Gardens, a black teenager spits on the pavement and a white teenager grabs his groin ostentatiously, as they walk towards each other. They bump fists and contort and lean their bodies in incomprehensible ways, as though about to fight or mate. I’m so old their rituals look like ostrich to me. I leave them to the angriest sex either of them will ever have as I head into De Beauvoir Town.

And into her Arms, outside which I watch the aftermath of an accident up Southgate Road. Looks more like someone off a bike than a drive-by shooting; an irritable WPC rants at people to stop rubbernecking but she can’t stop me, oh no. Something covered by a white sheet lies in the road. A huge woman in jogging bottoms so tight I can see it winking at me pushes a screaming child’s buggy up the pavement nearby. Whatever’s under the sheet twitches. 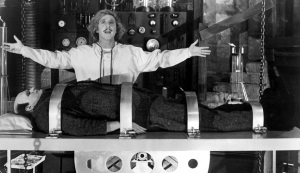 Nearby sits a carefully coiffured idiot with a pint of Coke, saying this down a phone: “Are you sort of rolling around in canvas?” I notice a little while later he has a paper bag of freshly bought books, including an Orwell and American Psycho. I stand, and as I pass I remark of the latter, “Excellent book, but skip the Phil Collins chapter.” I note his expression of serene bafflement and depart along Northchurch Road.

A grumpy child pushes a bike with a puncture along the pavement. Signs implore us: “Don’t dig up De Beauvoir”. He died in 1854 and it smells iffy enough around here as it is.

I am entering Beardland. Bikes hang unnecessarily from hooks on walls where a simple stand would do. A pint in The Haggerston. I find myself deeply uncomfortable in a place such as this, despite the comfy knowledge that I could easily repel each of these bearded imbeciles, their pulled-pork baps and their lack of socks deflecting harmlessly off my misanthropy. In the corner sits a solitary normal-looking fellow eating Nobby’s Nuts. We share a glance of weary acquiescence.

My journey nearing its end, I escape west to a final hostelry, the Scolt Head, where I will sit and decide if pathetic alternative rock is really what’s called for at the end of an afternoon raising glass after glass to the simple cabbie. Without them we would be immeasurably poorer.

The soundtrack to this walk was You’re Gonna Miss it All by Modern Baseball.