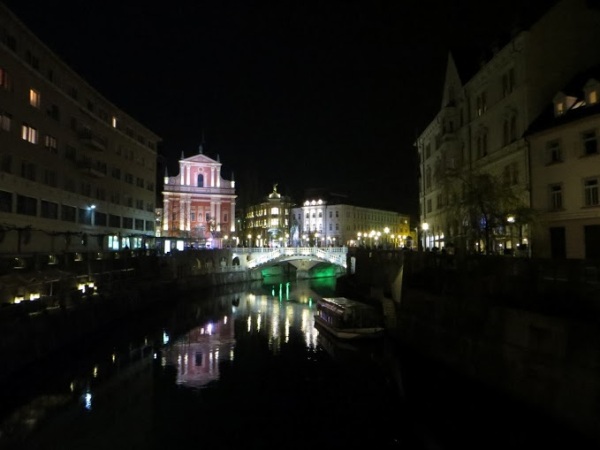 There’s a line in the TV series Red Dwarf that goes like this:

When you’re younger you can eat what you like, drink what you like, and still climb into those 26-inch waist trousers and zip them closed. Then you reach that age; 24, 25. Your muscles give up, they wave the little white flag and without any warning at all you’re suddenly a fat bastard.

Everything gets so much harder as the Reaper continues to carve your name into his agricultural equipment. The trouble is you just don’t know when to stop; ‘enough is enough’ is a tried and tested adage, but with every passing year the first enough continues to gambol along like an oblivious spring lamb while the second starts pulling muscles.

Take a weekend abroad with friends. Whereas once an MDMA-fuelled tear-up in Ibiza or a cheap lager-laden conquest of Riga may have been top of the can-do list (not mine, admittedly), as the years zoom by in a blur of mortgage payments and office jobs a weekend in the capital of Slovenia seems more than enough for the ravaged body and brain to handle.

That said, with age comes mild, unthreatening wisdom, and the decision to visit Ljubljana proved to be an excellent one.

The first thing you see in the short taxi ride from Jože Pucnik Airport is a row of snow-topped Kamnik–Savinja Alps, which until moments ago I had greatly hoped were actually another set of mountains called the Karawanks, because I was once a schoolboy. The route into the city is how a man who has never visited the region would define the word ‘Alpine’ – mildly hilly green fields, ringed by the type of dense pine forests you expect to see patrolled by Axis soldiers with MP44s searching for stubborn resistance fighters to massacre.

Ljubljana itself is a tiny city by national capital standards. Nowhere notable cannot be reached within a 15-minute walk of the city’s most namechecked landmark, the ‘triple bridge’ across the Ljubljanica river. The bridge itself is little more than three short stone bridges within a few yards of each other – that this is the capital’s second most outstanding architectural feature is emblematic of its understated nature. 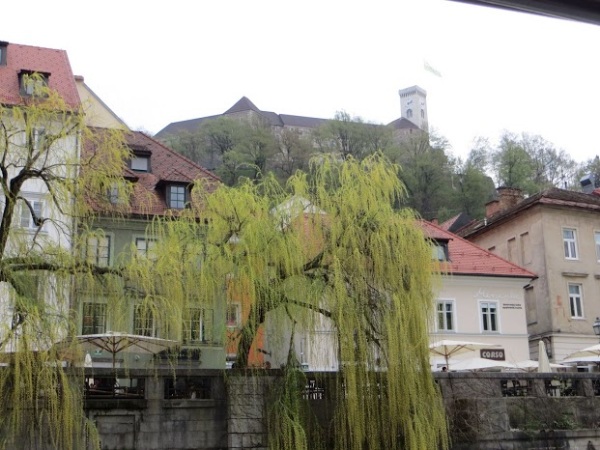 The triple bridge is beaten only in stature by Ljubljana Castle, which sits proudly atop Castle Hill overlooking the region. It is a majestic sight from below – images abound of marauding invaders peering skeptically up, half expecting farm animals to rain down on them at any moment. Sadly, thoughts of climbing up to actually see it after a night of heavy drinking – cocktails, no less, little finger raised all the while – are as welcome as the emissions from my room-mate, steadfast and robust as the North Atlantic Drift throughout the trip.

Mercifully a short funicular railway will take you to the castle and the views from above are very pleasant. In a way this is to damn the city with faint priase – Ljubljana is not an overtly beautiful or eye-catching city from above, but even from on high the relaxed atmosphere and general contentment is evident and welcome. Somewhat more welcome than the ‘lemonade’ I was given in the little cafe within the grounds – freshly squeezed lemon juice in a glass proving paraffin to a fiery hangover. Too late did I spy the sachets of sugar on the plate beside the now-empty glass and now-missing novelty matchbox that my shameless northern companion had just reprehensibly placed in her handbag.

Unorthodox food and drink is typical of an odd place like Ljubljana. Unexpected uses for partridge and venison, mushrooms stuffed with pasta stuffed with mushrooms and an objectionable quantity of polenta are the norm on the city’s menus, demonstrating the proud uncertainty at the heart of a country that has been pawed at and ravaged by Romans, Slavs, Magyars, Nazis, Communists and now the EU’s army of skeptical bureaucrats. 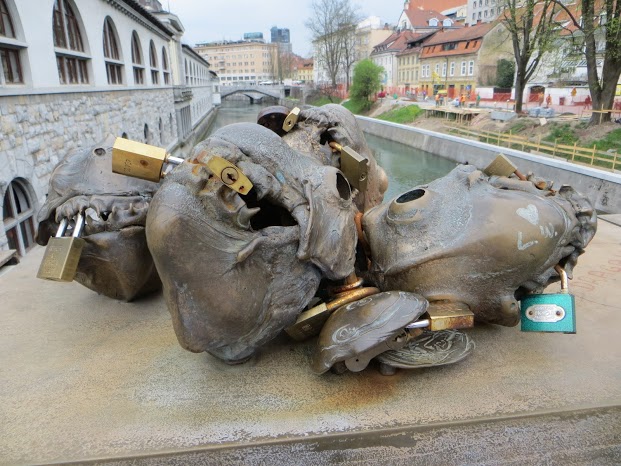 Indeed, its architecture takes pieces from from every conceivable influence and jams them all together to produce the most haphazard and bizarre series of buildings and statues of any modern capital of my experience. It’s a testament to the shrugging, get on with it nature of Slovenians that they get away with it, that it’s somehow, incredibly, actually nice to look at. It’s as though infants at the locals play school have thrown their variously garish lumps of plasticine into the communal pot at the end of the day and somehow accidentally created a new colour that doesn’t make them all hurl into their lunchboxes the next morning.

A very distinct character trait of the locals is that they don’t half love their dogs; every imaginable type of hound can be seen being walked by a similarly assorted mix of folk. And these dogs are very clearly loved – clean, well-behaved, calm, friendly to passers-by, safe around children, a real credit to the people of the city and a pleasure to see.

The only police we saw the entire weekend were doing some sort of community outreach at the gigantic Tivoli Park that dominates the west of the city. There was a mini-marathon of some sort taking place among the park’s many giant jackdaws, and on what happened to be the weekend immediately after the Boston marathon bombings the most animated copper in Ljubljana was training his canine unit – a Jack Russell – to fail to retrieve a ball in front of amused onlookers. It’s hard to imagine a city that feels safer, though a fair smattering of left-wing graffiti around Ljubljana hints at a hidden underbelly. The local anarchists would almost certainly still help granny with her shopping though, it’s just that kind of place. 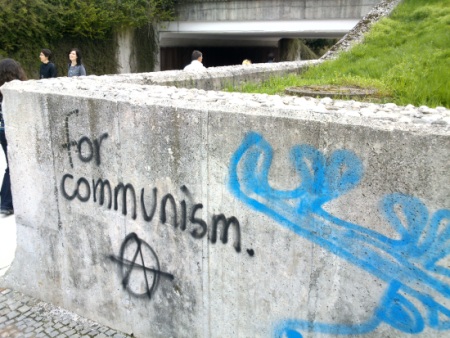 (Incidentally, the international news that weekend was dominated by the hunt for the alleged second bomber in Boston. At one point I made what must rate as one of the finest ever puns regarding ‘Suspect Number Two’ and my previously mentioned associate’s back passage, but it fell on deaf ears. Not once but twice. I blame that fool MacIntyre, you just can’t get the crowds these days.)

To round off the picture of Ljubljana as strange yet excellent, elsewhere we found: a tree shedding black leaves shaped like boomerangs; a bridge called ‘Dragon Bridge’ with sculpted dragons at each end for no discernible reason; a family of what seemed to be thieves helpfully wearing giant fake noses and clowning about to pre-warn any victims to hold onto their gear; and by far the most execrable ice cream I have ever tasted, which brought to mind Garth’s ‘Praline and dick’ line from Wayne’s World.

Ljubljana is odd, peaceful, safe and, like the sister of the bride, pretty in her own way. Few people have heard of it, so it’s still fairly cheap in comparison with standard central European destinations such as Budapest and Prague. Best of all, it’s the perfect place for four friends who should accept the inevitable to attempt to get drunk three days in a row and get up on the fourth without begging for death.

« Seared in St John’s | Mexicans in a Dublin estate agents »