“Right, that’s it…get off my train” 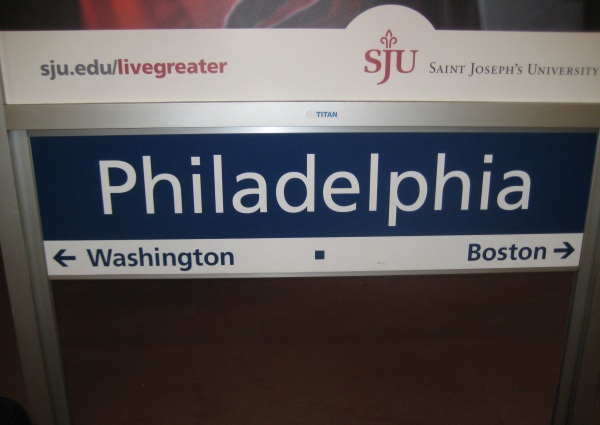 Certain decisions we make in childhood have a far greater impact on our adult lives than we could ever have anticipated at the time, like some mundane version of the butterfly effect.

In 1992, I went with a small boy named Julian to Exeter, in Devon, in the bottom left-hand corner of England. Don’t worry, it was legal back then, as I was a small boy too.

When we emerged from HMV (goodbye old friend) I was clutching a copy of a video game that would change my life forever, insomuch as for a small boy forever stretches to around dinner time, giving me a full afternoon of playing time if the bus home didn’t hang about.

The game in question was John Madden Football ’92, an American Football simulation on the long-gone Sega Megadrive. I had no idea what this barmy looking sport was all about back then as it hadn’t yet reached British TV screens and the internet remained the preserve of a handful of geeks at CERN, now a little more famous for their huge underground science-bothering contraptions.

It didn’t take long to establish that I loved American Football. Given the evil PE henchman Mr Johnstone had made me take up rugby two years before I was clearly fertile ground for a sport that just seemed so much more ludicrous and exciting than that dour, muddy debacle could ever be.

But being a football-obsessed schoolboy, I had to pick a team. You can’t properly like a sport without being able to shout abuse at people who support the wrong teams, after all.

Hey, that green team, I like them, I’ll support them. 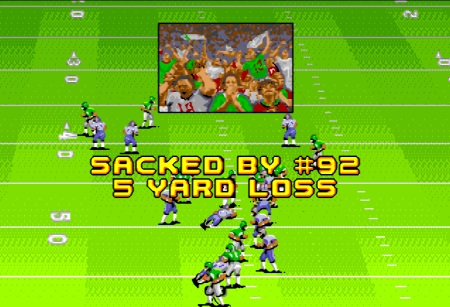 Exactly 20 years later, I find myself actually watching the Philadelphia Eagles live, at the Lincoln Financial Field, Pattison Avenue, South Philadelphia, Pennsylvania, USA. Next to I-95, it says here, which makes it sound even more American, if that’s possible.

I had been badgering the wife for years to allow me to come to this city for this precise purpose, and here we finally were. My interest in Philly had grown with my support for the team – over the years I’d picked up an interest in ice hockey and had duly adopted the Flyers as my own. Better still, the city had given birth to a (proper) football team of its own, the Philadelphia Union, who I’d also been following since their inception in 2010.

(To be clear, baseball is a diabolical bastardisation of the majestic game of cricket, and though if I cared enough I’d clearly support the Phillies, I haven’t sunk that low quite yet. Basketball meanwhile just seems silly. They wear vests!)

The pessimist in me, and he’s a big lad, warned me in no uncertain terms to expect to hate Philadelphia, and specifically to expect to watch our team get hammered by the Baltimore Ravens. Remarkably, thanks mainly to the referees’ strike that was happening in the NFL at the time, the Eagles triumphed in hilarious fashion by a single point, 24-23, when a clearly legitimate Baltimore touchdown was overturned by a man in a stripy shirt, coloured wig, comedy outsized shoes and a red nose that honks when you squeeze it.

This prompted the afternoon’s most amusing crowd-related incident. Much to my surprise there were couples dotted about the stadium, each member of which wore the shirt of the opposing team, so in front of us sat a girl in a Ravens shirt next to her man in the ‘midnight green’ colours of the home side. Baltimore ‘scored’ and the lady simply couldn’t resist lording it over her chap, basically writing off the Eagles’ chances and stating, factually, that this meant the Ravens were going to win the Super Bowl. All right love, we’ve all had a drink.

Chaos on the pitch – a flag on the play! A review! The tension! The long wait, then…an utterly incorrect decision! And jubilation! 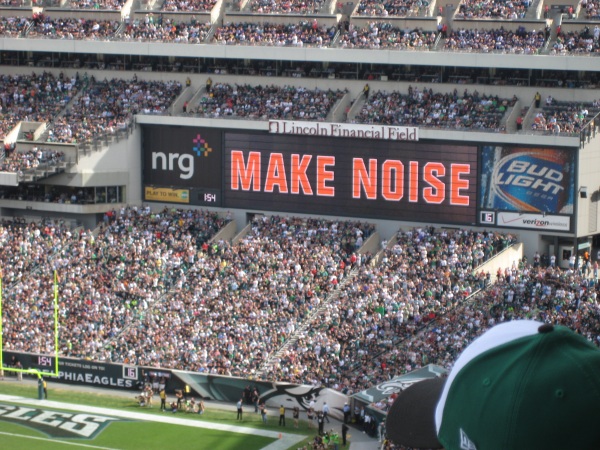 And a woman sitting, arms crossed, looking furiously forwards, refusing to meet a man’s gaze as he sits quietly, smiling, saying nothing. I’d have laughed out loud but this was a sports stadium, she’s in the row in front, her elbows are at the level of my…

The journey back up the Broad Street subway line epitomised America – everything has to be done MORE. On the tube in London, if someone does something the driver’s not happy about, like briefly obstruct the doors or jump in just as they’re closing, they’ll be told over the loudspeaker in slightly uncertain terms that it’s not on, like a reluctant history teacher explaining why his subject is of life-changing importance to a class of bored teenagers.

At Snyder station, the driver didn’t even make much attempt to explain what was wrong. She got out, went down the platform to shout at someone, came back and got into her compartment, then got out again, ordered everyone out of the train, got back in and drove off, leaving a train full of people without the necessary mobile enclosure. The stoicism of the other passengers suggested this wasn’t the first time it had happened, though whether she’d have had the courage had the notoriously unruly Eagles fans seen their team get turned over is another matter.

You don’t know what to expect from a city like Philadelphia. It’s not ‘hip’ New York, it’s not ‘political’ Washington DC, it’s not ‘crazy Irish Catholic Prohibition-style’ Boston; it’s just a regular east coast city with a hell of a lot of history behind it.

The Liberty Bell lives in Philly. It’s a bell, there’s no denying it. More impressive is the tour around the Independence Hall’s Assembly Room, in which both the Declaration of Independence and Constitution were drafted and signed. For an Englishman who presumably counts as the enemy, in this room above all others, it’s strange to feel a sense of pride at the achievements in this place; it genuinely makes you think of the achievements our species could attain if only we reached high enough.

Not far to the north is something I find unexpectedly difficult to put into words, not least as my mind now tells me it is my favourite of the historical monuments in this old town. On the corner of 5th and Arch Streets, opposite the drab greyness offered by the side of the US Mint’s headquarters, lies a little graveyard. At the corner of this graveyard, right by the busy intersection, is the final resting place of one of the most important men in the history of the country.

Benjamin Franklin was never president but is the soul of Philadelphia, a Founding Father who did as much as almost anyone to set the United States on the path to fame and fortune. Perhaps strangest of all is that you can see his unimposing grave through some rusting iron railings from the street, despite the fact you have to pay to get into the cemetery to stand a couple of feet closer to Franklin and his wife’s permanent address. Americans turning down the chance to make a few bob? Anyone would have thought someone here inspired them to greater things. 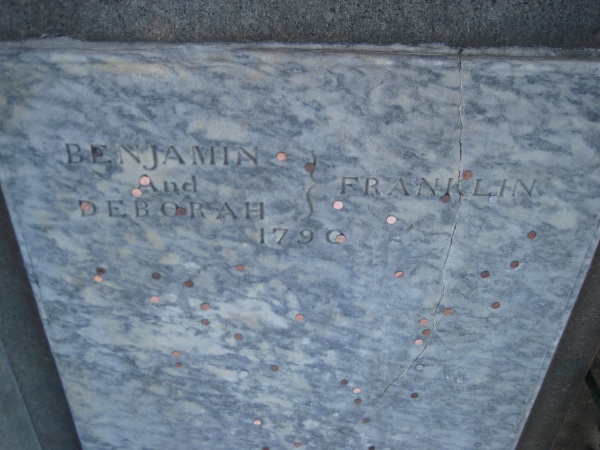 A further instruction from my inner pessimist told me to expect Philadelphians to be surly, unhappy people, and that the atmosphere would be oppressive and disquieting. Balderdash. As is often the case overseas it somehow seems possible to get a measure of a place and its people without actually talking to that many of them, and I’m happy to say Philadelphia simply felt right. It felt, in fact, like a calm, sensible European city, without the brashness often expected of an American metropolis. Needless to say I’m talking about the centre of the city here – did we venture out into the plainly more dangerous neighbourhoods to the north? Did we hell.

I consider myself the type of tourist who’d prefer not to be easily identified as such, so clearly running up and down the steps of the Museum of Art was out. It is a splendid building though, with an excellent view from the top of those steps, and…a statue of Rocky. They just couldn’t resist it, could they?

Philadelphia doesn’t seem a particularly fashionable place to visit. Indeed, I can’t think of a reason I’d have gone there without that impulsive childhood purchase, 20 years earlier, some three thousand miles or more to the east. But the butterfly flapped its wings, the world turned and turned, and I have a new love across the water.

(Incidentally, the Ravens did win the Super Bowl. But the Eagles beat the Ravens, so that makes us champions, so there.)